Home Uncategorized Nico: I did my homework in FP1 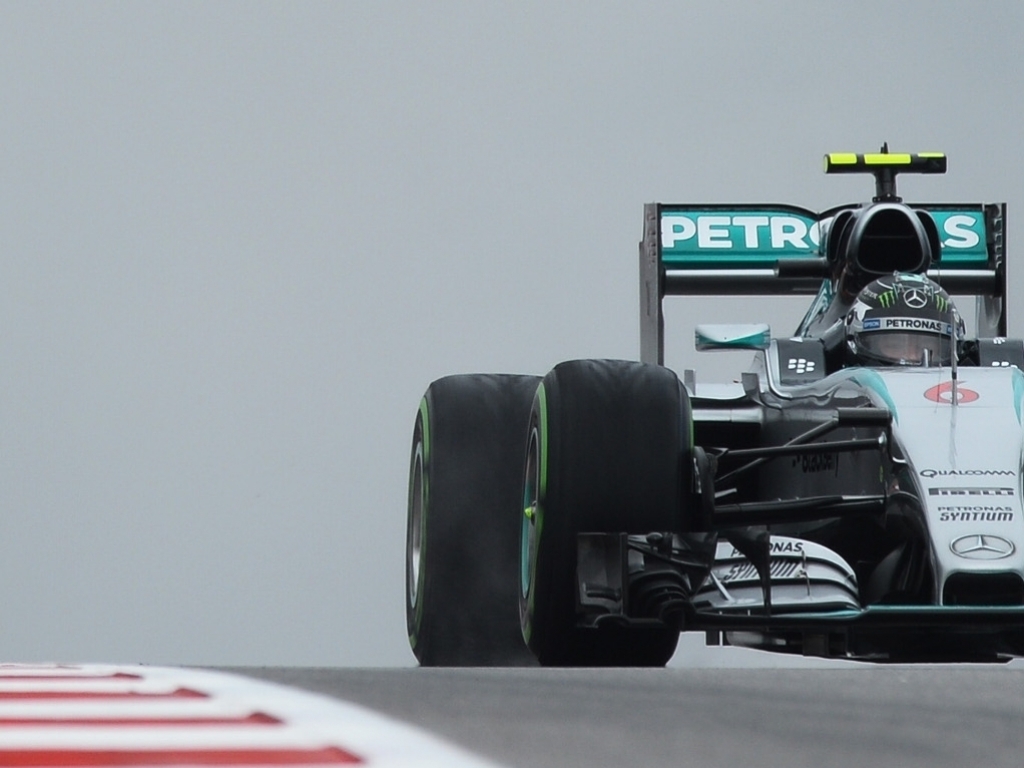 Things didn’t go according to plan during Free Practice 2 in Austin, but Nico Rosberg insists “it wasn’t a bad day” at the office.

Rosberg topped the timesheets in FP1 at the Circuit of the Americas on Friday morning, but most drivers were only able to complete a handful of laps due to the wet conditions.

Things deteriorated the afternoon as heavy downpours and lightning meant the entire FP2 session was cancelled, but the German was still happy with his display on Friday.

“For me it wasn’t a bad day. I did my homework in the morning session, had a good quick lap and also tried a bit of work on setup,” he said.

“But it’s a shame for the spectators out there. They pay a lot of money to be here and didn’t see a single car driving in the afternoon. So let’s see what tomorrow brings – but the forecast is not good…”

His team-mate Lewis Hamilton was fifth fastest in FP1 and he admits he would have loved to race in the wet conditions in the afternoon.

“The weather has just been unbelievable. I don’t think I’ve ever seen rain like this,” he said. “It’s kind of cool to watch, in many ways, but I feel terrible for all the fans who turned out today.

“I didn’t complete many laps in the morning as the track was drying out and I wanted to save my tyres for the afternoon session – but in the end we didn’t get to go out.

“I would actually have liked to, just to see what it would have been like in those conditions, but of course the safety of the marshals and everyone else has to come first.

“I was surprised by how much grip there was on the intermediates in the few laps I did get, though. The track surface varies massively between circuits and I think this is the most grip I can remember having on those tyres. It really did feel very good, so we’ll have a lot of fun if it’s like that in the race.”