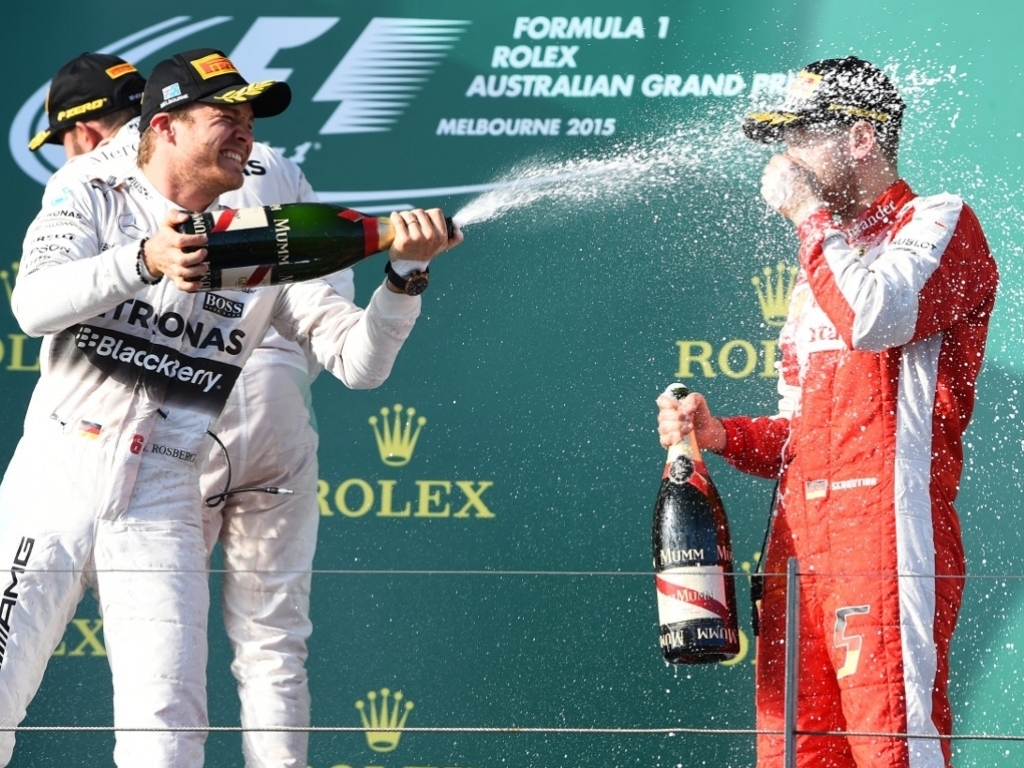 The teasing between Nico Rosberg and Sebastian Vettel continued on Tuesday with the Mercedes driver inviting his rival to his team's debrief.

The two Germans had a bit of fun during Sunday's Australian Grand Prix post-race press conference with Rosberg claiming he hopes Ferrari catch up with Merc so that the Formula 1 spectacle can improve.

"I hope we can have a good fight. That would be awesome," he said.

However, Ferrari driver Vettel was surprised by the comments.

"Be honest. Do you really hope so? Seriously? You finished 30 seconds ahead of us and you hope it’s going to be closer? So you hope you slow down? Is that what you’re saying?" he asked.

He added: "First suggestion, if you don’t mind, I think your garage becomes public for Malaysia and everyone can have a look. No? I’m joking."

Rosberg: "You can come if you want, we can invite you…"

Vettel: "OK, thank you for the invite, I’ll come."

Rosberg though extended an "official invitation" to the four-time World Champion via Twitter on Tuesday.

"Dear Seb, this is the official invitation to join our debrief Friday 16.00 at Sepang. See you there, don't forget your notebook! :)" he tweeted.