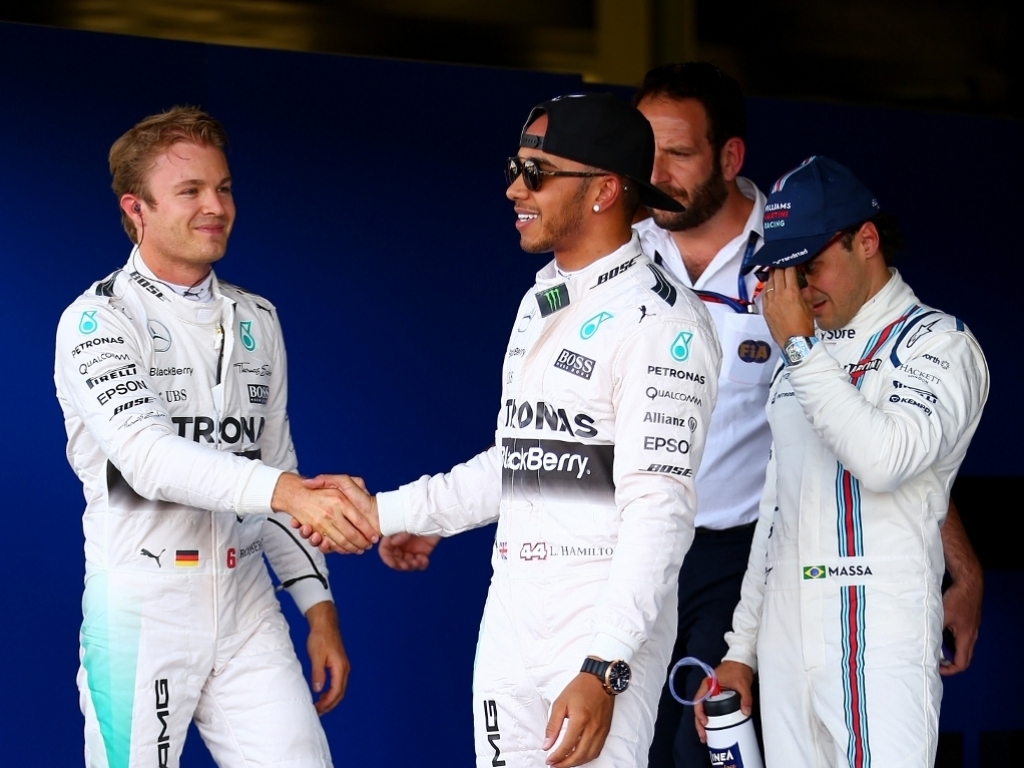 Nico Rosberg was left slightly puzzled by the last runs in Q3 at Silverstone, saying it was "strange" adding he had a problem with his left front.

The German will start Sunday's British Grand Prix from second place as his Mercedes team-mate Lewis Hamilton took pole position by 0.113s after producing a 1:32.248 on his first run.

Strangely, though, most drivers' best lap times came on their first runs in the final qualifying session, something which was baffling to Rosberg.

"Well first of all the first lap was really good, Lewis was just one tenth quicker which is annoying but way it is," he said.

"It is awesome to see how many people and here. It's great to see how enthusiastic everyone is about our sport.

"The last run was something strange, no one improved in that last run apart from Felipe [Massa of Williams]. There was something wrong with my left front – something was very wrong, we need to look into what it is."