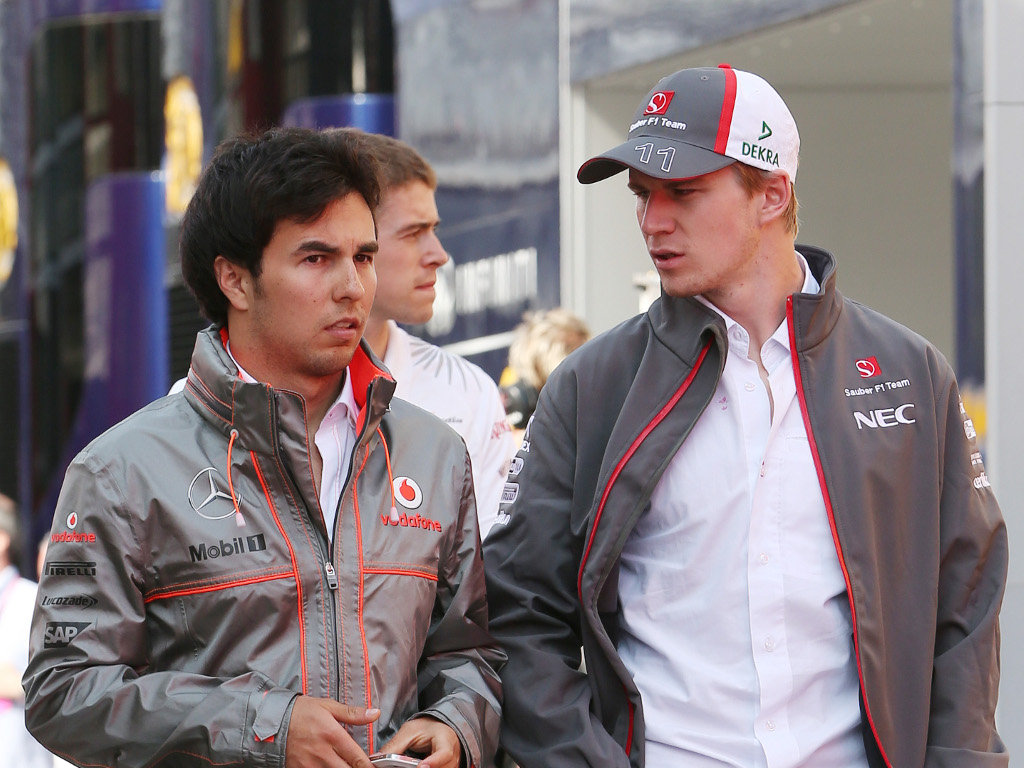 Nico Hulkenberg’s only criteria for a team-mate for next season is that it is a “strong” driver who will challenge him.

Earlier this week, Force India confirmed that the 26-year-old would be returning next season after a year with Sauber.

But while Hulkenberg’s future is secured having signed a multi-year deal, the team’s second driver is still uncertain.

While both Paul di Resta and Adrian Sutil are hoping to remain with the team, former McLaren driver Sergio Perez is the hot favourite for the second seat.

“It doesn’t really matter for me, to be honest,” Hulkenberg told Sky Sports F1.

“I want to have a strong team-mate, one which is challenging me and I can challenge him because that way we’re pushing each other and the team forward.

“I know there’s a few names around in the press but it’s not my decision. It’s the shareholders’ decision and the team management and I’m sure it won’t be long before we know.”

Looking ahead to next season when F1 will welcome a new era with the arrival of the 1.6-litre turbocharged V6 engines, Hulkenberg says it is vital for Force India to get off to a flying start.

“We need to get off to a good start, need to adapt well to the racing conditions and the change in rules with every passing season,” he told dna.

“The first race might start in March but our groundwork and research for the season has already begun.

“Coming back after a year, I’ve seen the technical aspect of Force India go up a notch.

“You can’t afford to sit back and be happy with what you’ve achieved last season.”