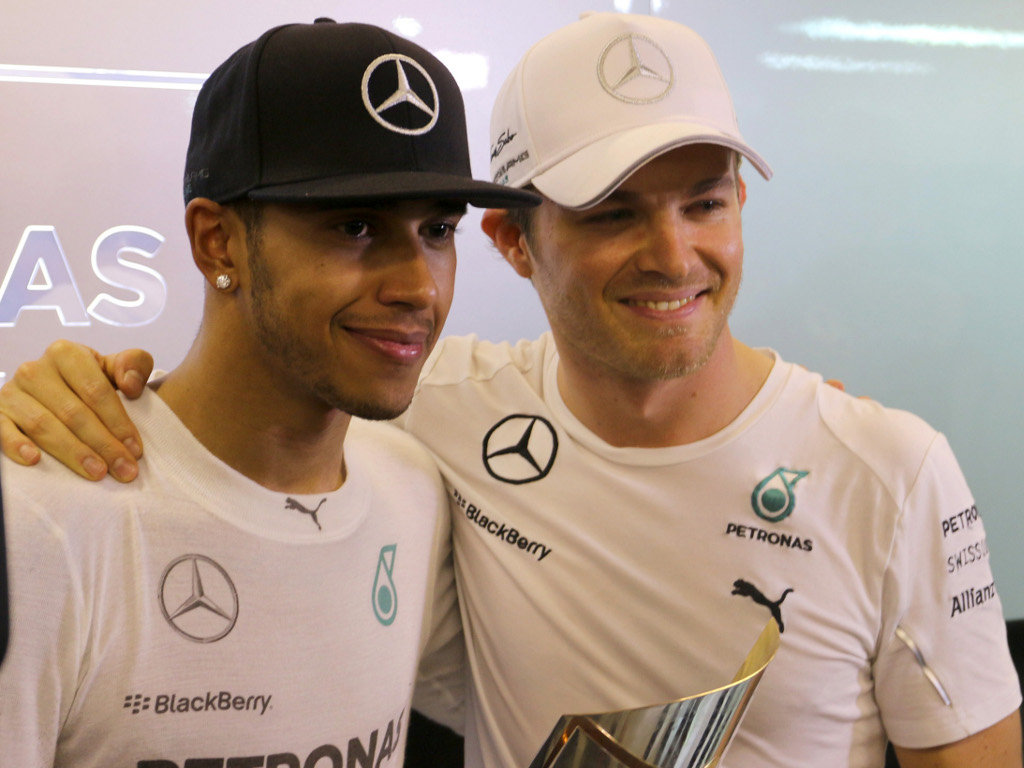 As Lewis Hamilton celebrated his 30th birthday on Wednesday, the Brit was sent cheeky wishes by his Mercedes team-mate Nico Rosberg.

Embroiled in a tense fight for the 2014 Championship, it appeared at times as if the duo’s long-term friendship would not survive the battle.

But when all was said and done – and Hamilton crowned World Champion – Rosberg was one of the first to congratulate the British racer.

This year, though, he’s hoping to pull one back against his team-mate and made that clear while wishing him well for his 30th birthday on the 7th.

Rosberg tweeted: “#HappyBirthdayLewis – 30!! Have a great party! This day is good for me. You are old now, so hopefully it will be easier for me this year :-)”