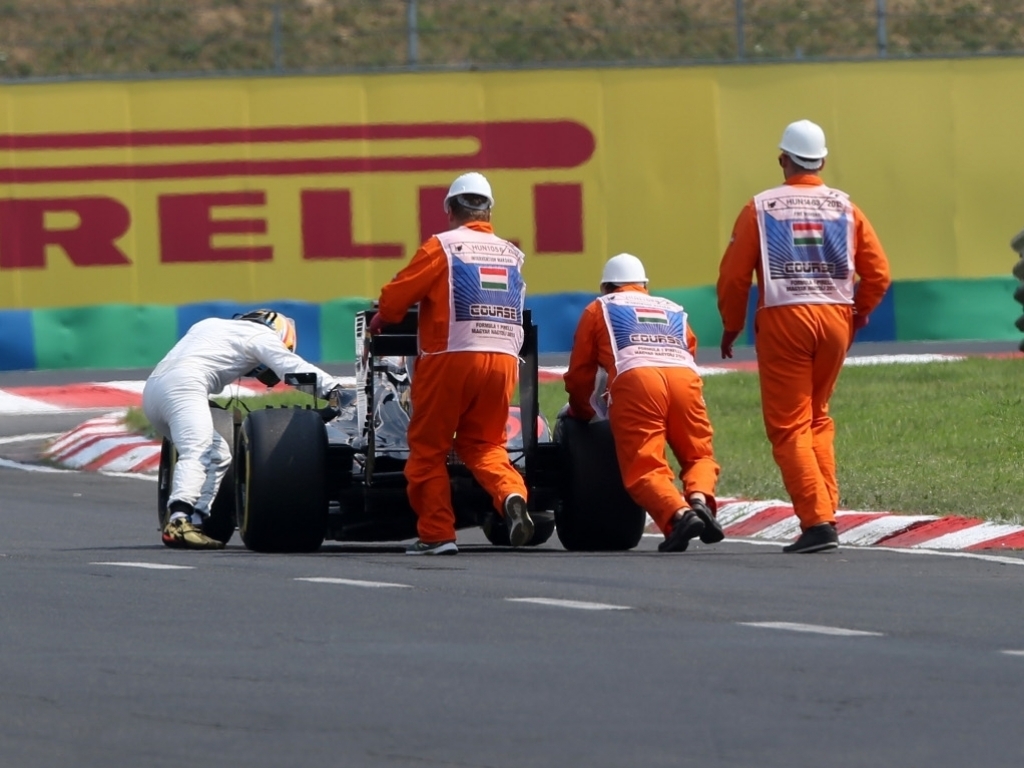 McLaren need to make their new engine partnership with Honda work as there is "no B plan" for the Woking team.

McLaren and Honda revitalised their partnership of old at the start of this season as the Japanese manufacturer returned to Formula 1.

To date, though, it has been a difficult relationship.

Dogged by reliability issues and a lack of pace, McLaren-Honda have scored just 17 points in 10 grands prix.

McLaren, though, are determined to push their engine partner forward as Eric Boullier says Honda is their only option for the future.

"We have no B plan," the Racing Director confirmed to Autosport. "It's up to us to make sure we all work together.

"The belief comes from the fact they've committed to the long term and the facilities they've built are amazing.

"You need to let them have time to settle, get the knowledge, get the experience, get the process in place and when the machine builds it's going to be massive."

Despite their struggles, Boullier reiterated his belief that teaming up with Honda was the right move for McLaren as they were not willing to settle for a customer role which is what they had with Mercedes.

"It's always easy to analyse afterwards rather than before.

"We have to stick to a few basic rules – the reason why we moved to Honda was clear.

"When Mercedes decided to run their own team, you know you become a customer.

"And as soon as you become a customer, you know you will never become world champion. That's clear.

"The reason why we moved to Honda is because we had the opportunity to become the Honda factory team.

"Then you can question the timing, the way the wedding worked, but this is a long-term commitment."