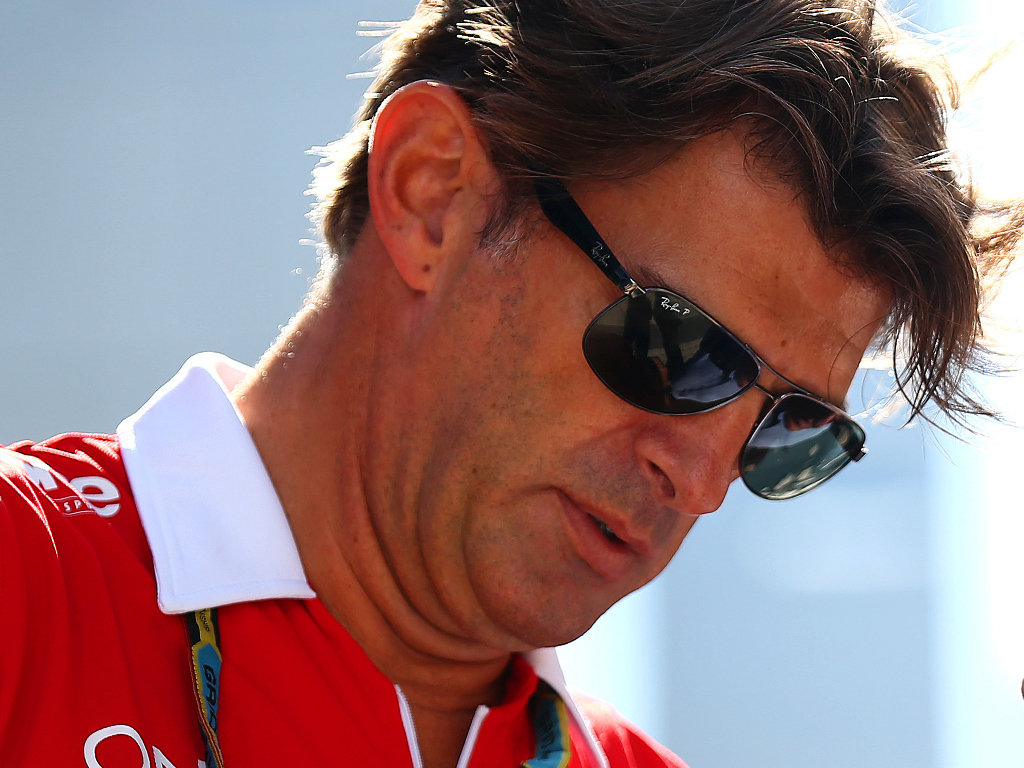 A month after his horrific Japanese GP crash, Jules Bianchi remains in a “stable but critical” condition in hospital.

The Marussia driver suffered a diffuse axonal traumatic brain injury when he slammed into a recovery vehicle in the wet at Suzuka.

Rushed to hospital, Bianchi underwent emergency surgery and has remained in the Mei General hospital since.

Updates on Bianchi’s condition have been scares with Marussia sporting director Graeme Lowdon revealing that’s because nothing has changed.

“Jules is very much in our thoughts at the moment,” he told Sky Sports F1. “There’s no change in his condition, he’s still stable but critical.

“The thoughts of everyone in the team and his very wide fanbase are very much with Jules at the moment.”

It has been a difficult month for the Marussia team as, aside from Bianchi’s injury, it was announced on Friday that a lack of funds has forced Manor Grand Prix to shut up shop.

Lowdon, though, maintains the fight is not over.

“I don’t feel like there’s no way back. We’re very competitive people and we’ll keep fighting until there’s absolutely no chance at all.

“At the moment there’s still very much a chance that we can compete in 2015 and beyond and indeed in Abu Dhabi.

“It’s been a very busy weekend; we’ve worked very closely with Geoff Rowley, the administrator. I think we owe it to all of the guys who’ve helped get us here, the fans, our drivers including Jules; we owe it everybody to try everything we can to ensure that this team continues.”

He added that not only has an entry been submitted for next season and that “potential investors” have come forward.

“We’ve had to solve an awful lot of problems that we were presented with, and I think we’ve solved virtually all of those now – we’re right down to one or two pivotal things that need to happen, and they could happen very quickly.

“There is a lot of interest from potential investors and if we can ensure we have a solid footing to move forward then we’ll do so.

“There are very, very few things that need to be solved for us to be back in the paddock and racing.”