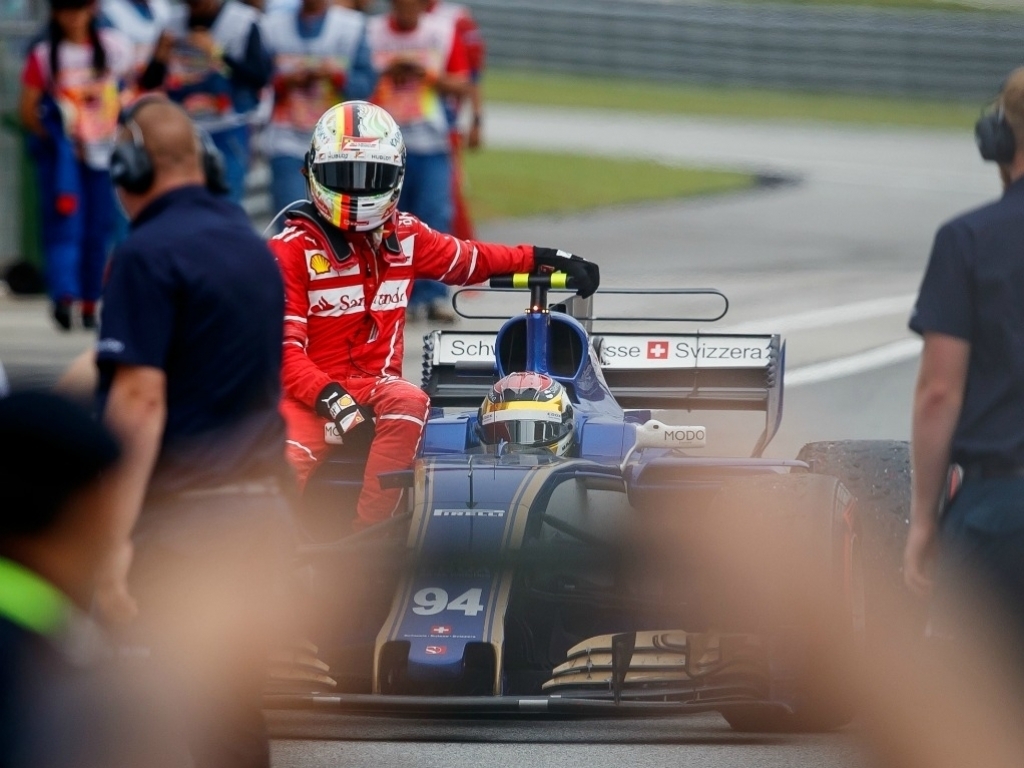 The stewards have decided to take no further action on the strange collision between Lance Stroll and Sebastian Vettel after the race in Malaysia.

The pair crashed on their way back to the garage once the checkered flag had waved, leaving the back of Vettel’s car in a real mess and most probably needing a new gearbox for Japan, which will result in a five-place grid penalty.

But the stewards have since deemed that ‘no driver was ‘wholly or predominantly to blame’.

“I went on the outside to pick up a bit of rubber,” Vettel said in the paddock when asked about his view of the incident.

“I think Lance wasn’t looking and wanted to do the same. I was there already and we had contact – it was completely unnecessary. I think he just didn’t look.

“I don’t know [about the gearbox] But I’m sure we will find a way. It’s not my fault if someone decides to pick up rubber and hit another car.

“I think we had a very good car – if we start ahead I think we win the race. Obviously that didn’t happen today. I think we were the quickest car for the majority of the race but we had to start last.

“Obviously with Kimi retiring before we started it was a tough race.”

Stroll then added that he does not feel any contact was intentional on either side.

“I don’t know. It was a strange incident,” Stroll said.

“I was driving very slowly, back into the pit lane. The race wasn’t going on so it wasn’t intentional for either of us. He came around the outside like the race was still going. It all happened very quickly.

“When the stewards look into it you always hope nothing happens.”