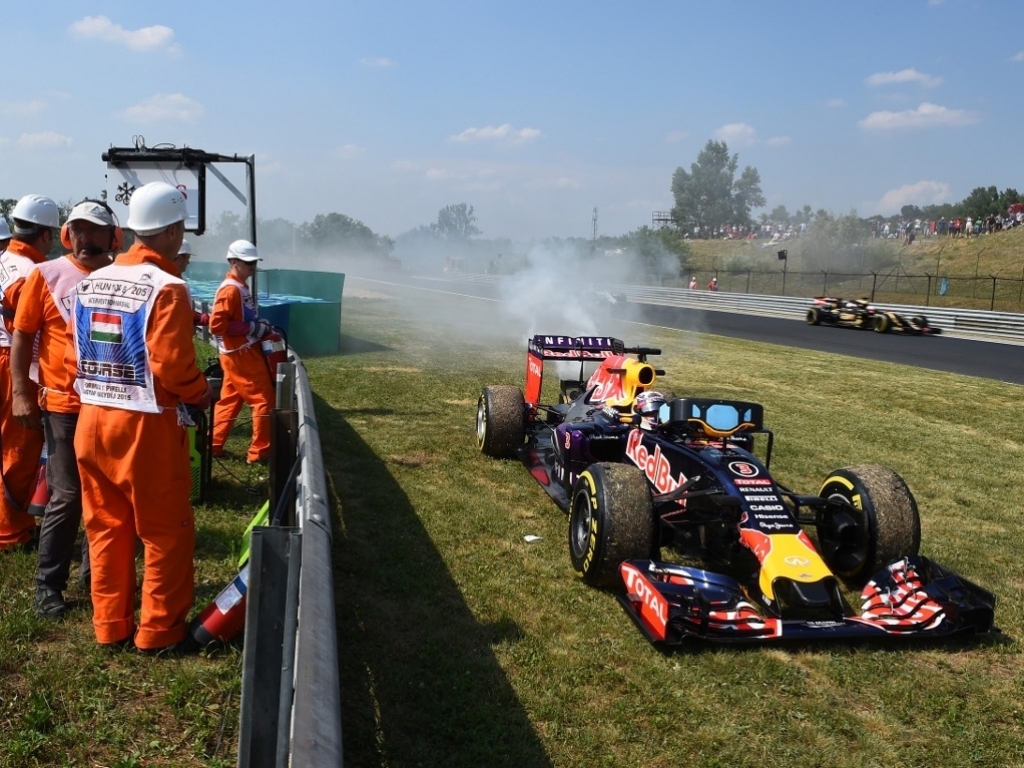 Renault-powered teams will have to battle on for at least another four races as the engine manufacturer won't use any of its development tokens before October.

It has been a trying campaign for Red Bull and Toro Rosso as Renault has struggled to produce a reliable engine with good horsepower, meaning their drivers are not only struggling to compete with the Mercedes-backed teams, but often fail to see the chequered flag.

However, all power unit suppliers have in-season engine upgrade tokens available, but while the likes of Honda and Ferrari have already used some of theirs, Red Bull team boss Christian Horner has revealed that Renault won't dig into their allocation of 12 before the Russian Grand Prix in early October.

"I don't think there is anything scheduled now before Sochi," he said. "That probably is the earliest that we are going to see any form of development or use of the tokens, so the engines we've got at the moment are what we're having to live with for the time being."

Daniel Ricciardo suffered another blown engine during Free Practice 2 in Hungary on Friday, but Horner has confirmed that he won't get a penalty as he used an older engine. He will revert to a newer power unit on Saturday.

He added: "So engines four and five of what the drivers have been using between Friday and Sunday racing, unfortunately Ricciardo has now lost engine four, so he's only got engine five, that came into service for the first time in Austria, to get him through the next few races, so only time will tell as to whether we can get to Sochi or not without incurring another penalty before introducing an upgraded unit."