Home Uncategorized No surprise as Merc set the pace 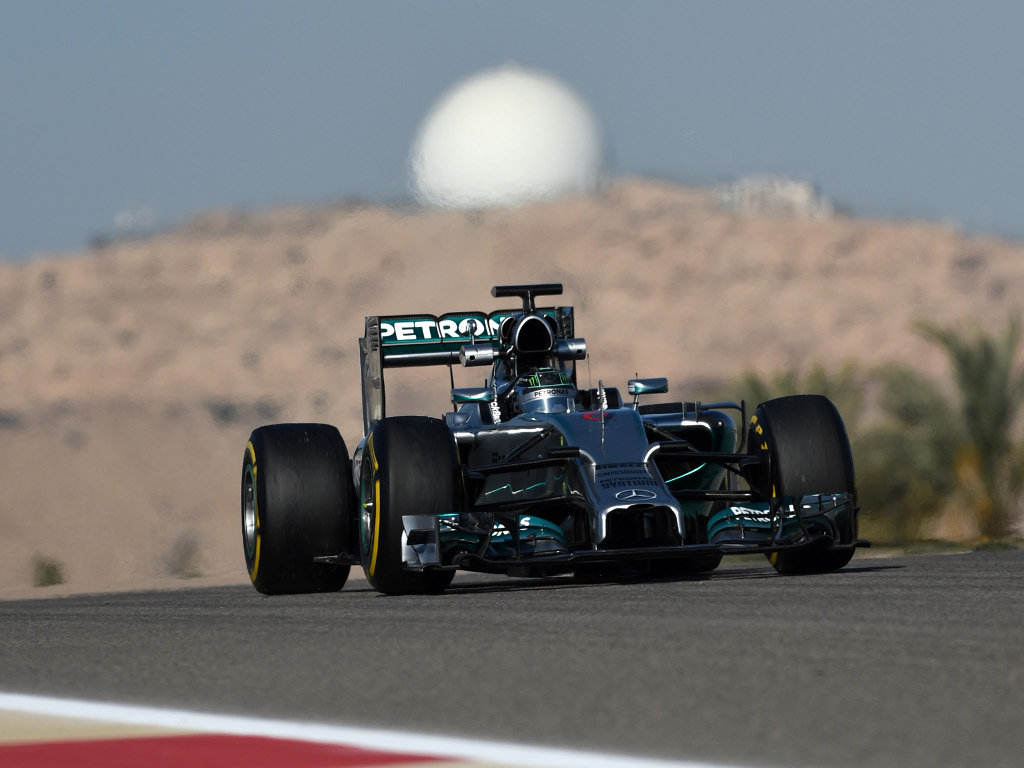 Nico Rosberg led from start to finish in Bahrain on Tuesday, the opening day of this week’s in-season test.

This year’s Championship has belonged entirely to Mercedes and it was no different at the Sakhir circuit on Day One.

Adding another 50 during the afternoon’s session, he finished up with a 1:35.697. That was 0.367s quicker than second placed Nico Hulkenberg although 2.5s slower than his pole position time on Saturday.

Fernando Alonso, who was responsible for the day’s first red when he stopped at Turn 2, put in a late effort to leapfrog Kevin Magnussen for third, both drivers just inside a second of Rosberg’s best.

Valtteri Bottas was fifth quickest on a quiet day for Williams in whcih the team completed just 28 laps. He finished ahead of Max Chilton, another to make a late improvement despite an earlier hydraulics problem forcing him to stop out on track.

Daniel Ricciardo was seventh fastest for Red Bull ahead of 18-year-old Sergey Sirotkin.

The Sauber test driver completed 57 laps on Tuesday with a best time of 1:39.023. That was over three seconds off the pace but the day was about learning for the Russian teenager and also putting in the miles needed to to qualify for his FIA Super Licence.

Robin Frijns was ninth for Caterham with his day coming to an early end after 63 laps with a hydraulic problem.

It was yet another disappointing day for Lotus with Pastor Maldonadom completing just 16 laps before his Renault power unit put him out of the running. His best time was a 1:40.183 with only Daniil Kvyat slower.

“Even if you can’t see it from looking at the timing screen, this was a productive day during which we learned a lot,” insisted Toro Rosso’s Kvyat.

“It was very useful for me, giving me a lot of laps away from the race weekend environment.

“We also learned something about why our pace was not as strong as we had expected in Sunday’s race. I think this in-season testing is a very useful thing, not just for the teams, but also for guys like me who have to catch up in terms of experience.”