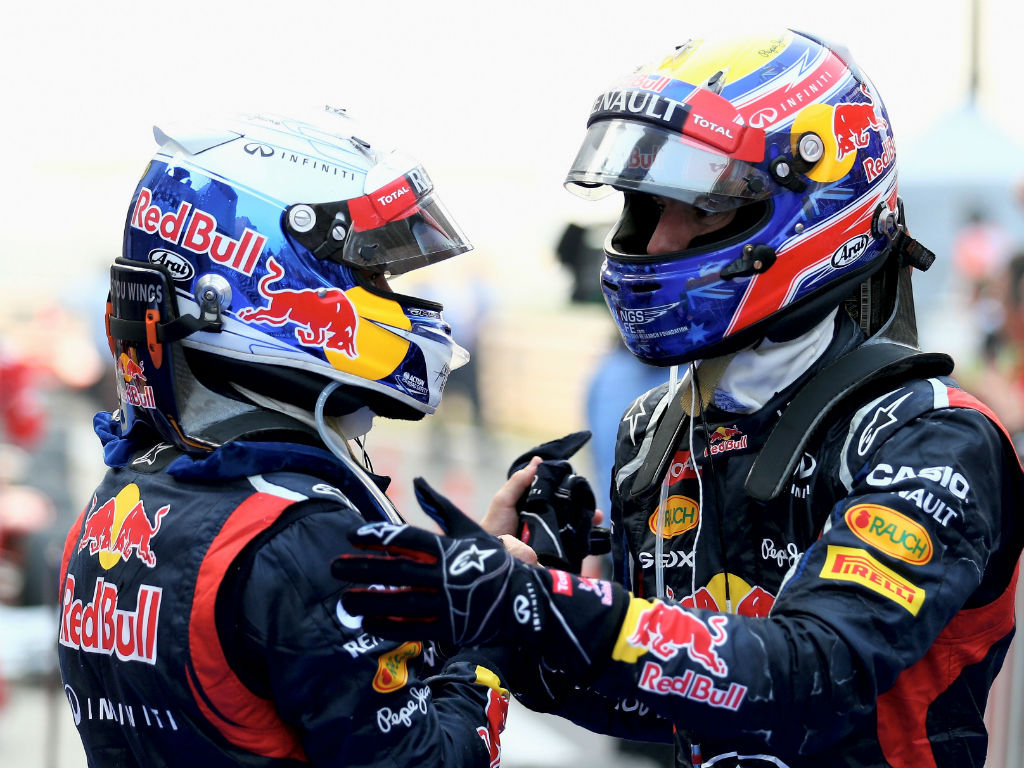 Christian Horner insists Red Bull will not impose team orders on Mark Webber as long as he “mathematically has a chance of winning.”

Sebastian Vettel claimed his third successive win and fourth of the season in Korea on Sunday, moving him up to first in the Drivers’ Championship where he now holds a slim six-point advantage over Fernando Alonso.

However, the German is not the only Red Bull driver who could win the World title as Webber is 63 points behind his team-mate and, with 100 points still to play for, mathematically still stands a chance.

And as long as the math says just that, Horner insists he won’t impose team orders in Vettel’s favour.

As for Vettel’s run of race victories, Horner says he is overjoyed that Red Bull are peaking at the right time.

“We have been trying to get on top of understanding the regulation changes all year. We have been pushing since Australia, but it has started to move in the right direction now.

“We take nothing for granted though; we had circuit that we thought would not suit us at Spa and Monza. We got a result out of Spa, we didn’t at Monza.

“At the last three we have performed strongly at different types of circuit: from a street circuit, to Suzuka with fast flowing bends, to a circuit of two halves here.

“That has been encouraging and hopefully puts us in good stead for the next few races.”