Home Uncategorized Norris feared he was ‘going over’ in Kvyat crash 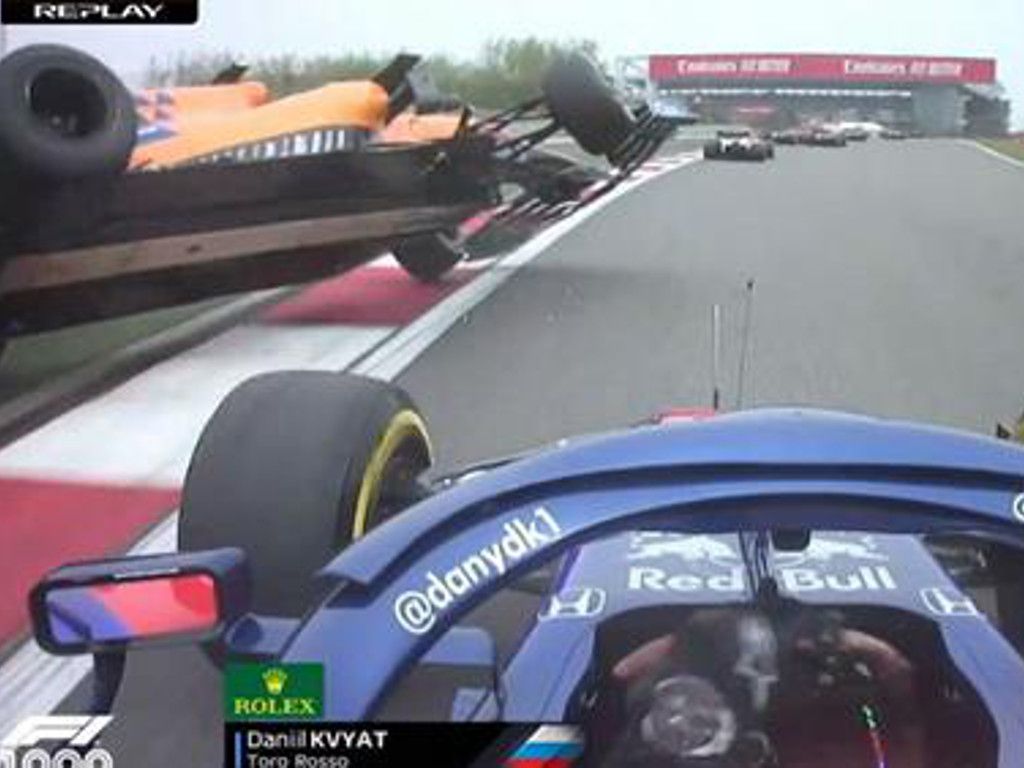 Taking a hard hit from Daniil Kvyat on the opening lap of the Chinese Grand Prix, Lando Norris feared his McLaren would be flipped over.

Fighting for position at the start of the Shanghai race, Kvyat hit both McLarens – first Carlos Sainz and then Norris.

The hit onto the Brit’s MCL34 pushed the car up onto two wheels before Norris landed back down hard, leaving him winded.

Despite the crash he continued with the race but eventually was forced to retire because of the damage to his car.

“I thought I was going to go over,” said Norris. “I was a passenger, and not in control of anything.

“I had to wait and hope for the best. There was quite a bit of air time. I went flying for a bit.

“All I saw was blue sky until I landed again, and then my vision came back.

“I could think again and I realised what had just happened. I didn’t know when to breathe and I lost my breath for a bit.

“It was a shock, and I was winded initially. It wasn’t nice.”

Kvyat was handed a drive-through penalty for the collision, which Toro Rosso feel was unfair.

Norris believes it was justified.

“At the time, I didn’t know it was Kvyat who made contact with Carlos which then caused the contact into me,” he added.

“If the stewards thought it was his fault, I will back them with that.

“It took both me and Carlos out of contention and out of what might have been a double-points finish for the team.”