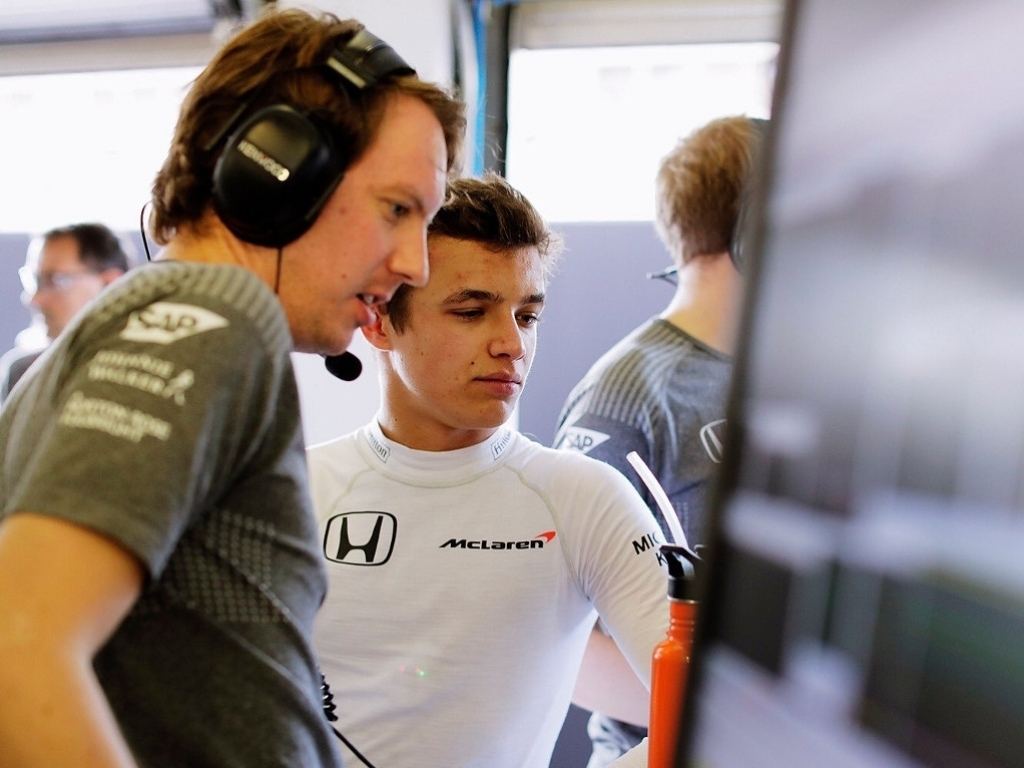 Lando Norris says winning this year’s Formula 2 championship would prove that he is ready to race against the big boys in Formula 1.

His triumph not only saw him land a Formula 2 seat with Carlin but also the role of McLaren’s reserve driver for Formula 1.

And with Charles Leclerc’s 2017 Formula 2 championship victory securing him a seat on this year’s F1 grid, Norris reckons a similar performance of his own could see him enter F1 come 2019.

“Leclerc’s done it, so if I want to beat him or prove I’m just as good, then I’m going to have to win. I think that’s the main thing. I don’t think there’s any point going for second or third.

“Of course it’s hard to know what drivers are staying on for 2018 and doing another year and who’s going to be experienced and who’s new. So it all changes. But I think winning the championship would be the aim.”