Home Uncategorized ‘Not fair and not right to boo Seb’ 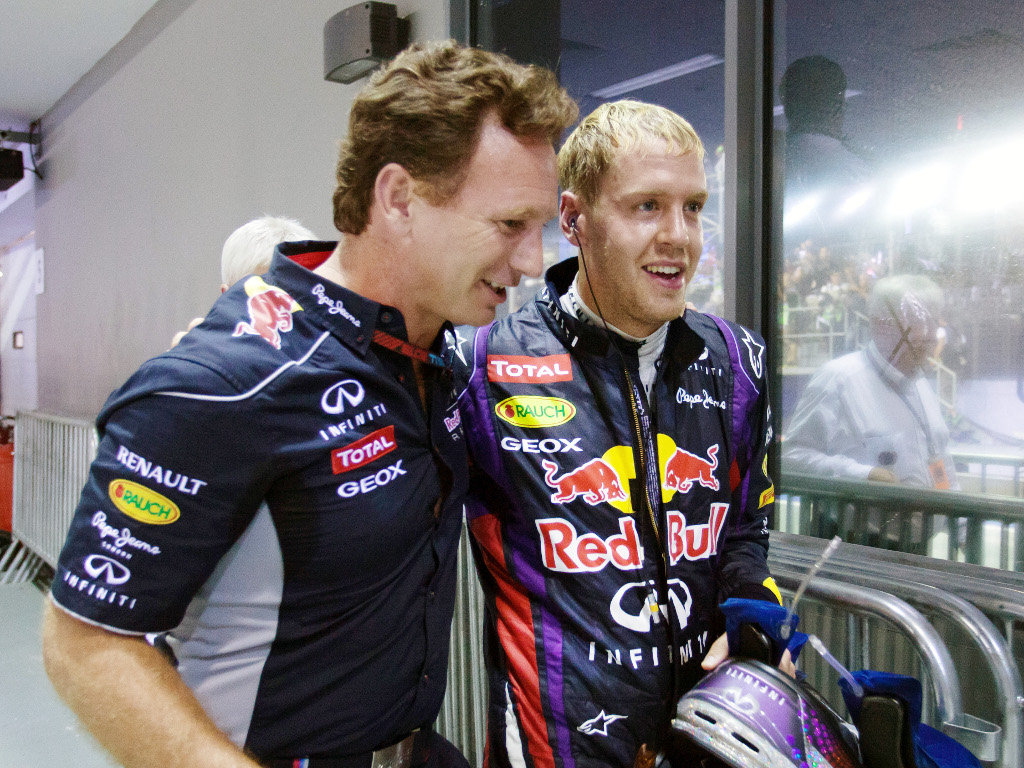 Christian Horner has urged F1 fans to stop booing Sebastian Vettel as it is “unfair and unsporting.”

Romping away with the victory in Singapore where he was in a class of his own and won by over 30 seconds ahead of Fernando Alonso.

But rather than celebrate his master class, Vettel – not for the first time this season – was jeered by the crowd as he gave his podium interview.

The booing has been condemned by his team boss, who reckons fans should give the German the praise he deserves especially after such an exceptional drive.

“Standing up on the podium, what you see is a small collective group, and it’s like a pantomime. It ripples off, and it’s unfair and unsporting,” Horner stated.

“The boy drove an unbelievable race. What we have witnessed is one of the best drives I’ve seen him produce in terms of raw pace and what he was able to deliver.

“So to see a driver, who has put in a performance like that and to not get the reception he deserves, is not sporting.

“He says it doesn’t affect him, that he doesn’t feel it, and he does have a broad set of shoulders.

“But he is a human being at the end of the day, and like anyone he has feelings.

“When you’ve driven your heart out and you are getting that reaction, to me it’s not fair and not right.”

Suggested to him that Vettel’s reception had little do with his success and more to do with his antics in Malaysian where he snatched a victory from his team-mate Mark Webber, Horner said: “I’m sure it didn’t help.

“There was an awful lot written about it, there were circumstances involved in that, but it’s done.

“When you have a guy who is a serial winner, like with Muhammad Ali, they want to see who is going to beat him.

“I guess that’s the case at the moment, that people want to see who is going to beat Sebastian.

“So when he keeps winning, it isn’t the most popular result, but he’s a great kid with a great sense of humour, a big heart, and of course, he is ambitious, he will push and he enjoys winning.

“It’s a shame and I hope it will change at the forthcoming races.”