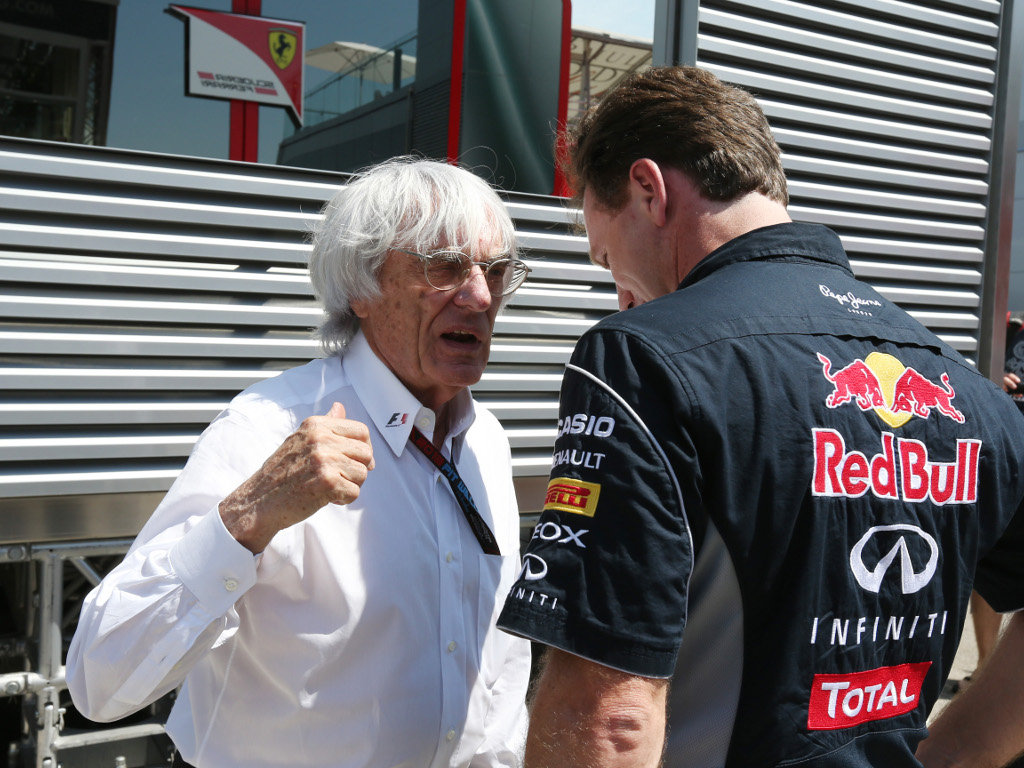 Among news items this week, tales of the Honey Badger, plus Disney’s new F1 movie about the turbo engine row – Un-Frozen…

The Cult of the Honey Badger
At last weekend’s Brazilian Grand Prix, Daniel Ricciardo posed with a cuddly toy Honey Badger in the Red Bull garage. Dan, who’s taken on the nickname of ‘The Honey Badger’ this year has started a craze amongst F1 drivers where they take on the name of a wild animal. Lewis Hamilton is ‘The Cheetah’, fast, agile and great in changing direction at speed; Fernando Alonso is ‘The Grizzly Bear’, strong, aggressive and never gives up on its prey; while Nico Rosberg is known as ‘The Gooney Bird’ – which has difficulty stopping…

Adding some Spice to his life
Romance is in the air at Red Bull, after team principal Christian Horner and former Spice Girl Geri Halliwell announced their engagement in The Times. Staff at the Red Bull Racing factory in Milton Keynes were delighted at the news. One staff member told this column, “It’s going to be a lot of fun at the famous Red Bull karaoke party this Christmas – for the first time in memory Christian won’t be the worst singer there.”

F1 teams are like…
In a recent interview with the Independent Bernie Ecclestone has likened Caterham and Marussia to women who overspend on their credit cards. “They need to think about what they have got to spend and do the best they can with that… … it’s the same problem with ladies and credit cards.”
One pitlane insider commented, “If Bernie thinks that overspending your budget makes you a woman, then F1 is the most feminine sport since the ‘Hello Kitty’ Fluffy Pink Netball League.”

Walt Disney to make F1 movie
Walt Disney have announced they are to make a new animated film based on F1’s engine wars – UnFrozen. The movie is a follow-up to the corporation’s hit movie of 2013 Frozen, but this time set in the fairytale world of Formula 1 engine wrangles.
Few details have emerged about the plot but some of the cast is already known; it will star Prince Toto as the hero who battles with the conniving Count Mattiacci and the dastardly Duc de Viry-Chatillon (nicknamed Toilette Duc).
The comedy vehicle in the film is provided by a forgetful, evil old dwarf, Baron von Ecclestein (voiced by Danny Devito) and his halfwit helper ‘Horner – the Fawner’. In one preview clip Horner the Fawner acts as a ventriloquist’s dummy, sitting on Baron von Ecclestein’s knee to tell a gathered crowd that F1 should go back to the old technology of V8 engines – after which angry locals pelt him with eggs and rotten tomatoes.
Actor Andy Serkis, who played ‘Gollum’ in the Lord of the Rings trilogy will play the part of Horner-the-Fawner, but will try and make the character more unctuous and odious than Gollum.
This may go straight to DVD.