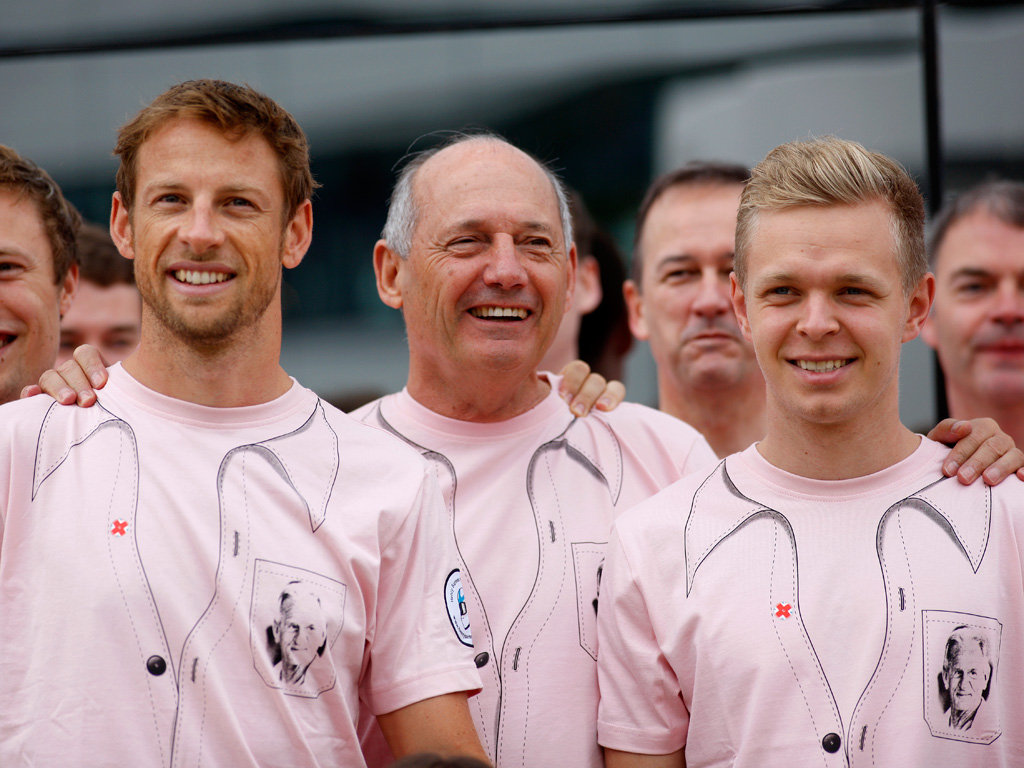 Wreckless Eric Gets Weather Lesson
Eric Boullier and McLaren are still fuming at the decision they made to put (effective race leader) Jenson Button onto Intermediate tyres at the Hungarian Grand Prix when everyone else went onto slicks. Looking at the weather radar, they expected it to rain again. The ill-advised change meant that Jenson Button went out on completely the wrong tyres. The McLaren team have since received more training from the UBIMET satellite company who supply the weather radar. They have pointed out that the white bits are clouds and the black bits are gaps – not the other way round.

Lewis Agrees New Team Orders Call
An apologetic Lewis Hamilton has said he will follow team orders in the future and is quite happy to take instructions from the team, as long as a senior member of the Mercedes management team comes on the radio and not his race engineer, Pete Bonnington. Lewis said that if Nico and he are in that same situation again, then provided Ross Brawn asks him, he’ll move over.

Toto Wolff Denies Cycling Story
Meanwhile Toto Wolff has said reports that have come out about Mercedes disastrous team-building day accident, when he broke his wrist, collar bone and shoulder, are very wide of the mark. Wolff was taking part in a cycling event with the rest of the Mercedes F1 race team when the ‘accident’ occurred but has denied that the rest of the team were trying to use him as a “jump ramp”.

Azerbaijan Gets Total Woof
There were celebrations in the government buildings of Azerbaijan when it was announced that they had secured a grand prix deal for 2016. However the organisers of the grand prix have been quick to deny accusations that Azerbaijan is a virtual police state and that the government of Mr Ilham Aliyez operates a repressive regime. They also point out that, actually, it will make a very nice change to have grid alsations instead of grid girls.