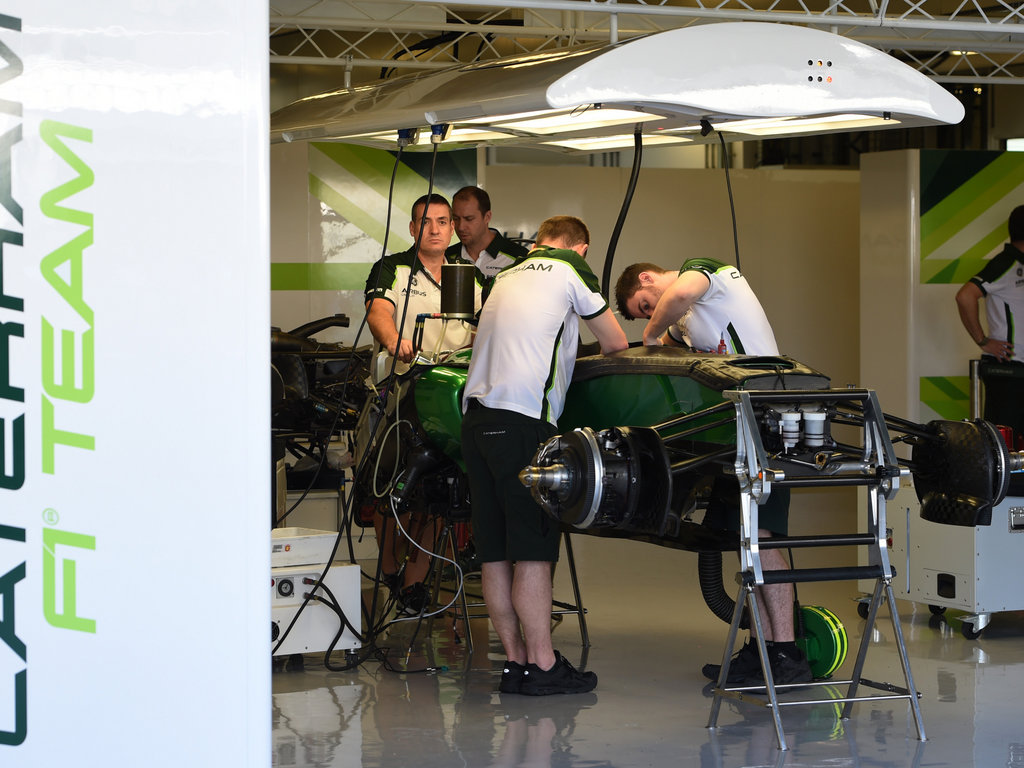 Caterham could be sold “within the next month” according to administrator Finbarr O’Connell.

O’Connell took control of the floundering F1 team when it went into administration earlier this season and, turning to crowdfunding, was able to get Caterham back onto the grid for the season-ending Abu Dhabi GP.

With the team remaining a viable option for a buyer, the Irishman has revealed a possible buyer is lurking in the wings.

“I am honestly talking to somebody who would like to take this over within the next month,” he told Press Association Sport.

“This is somebody who feels the same as me, that if we don’t do something quickly then the team will drift away.

“This is a credible person with credible backers, somebody linked to Formula One, and I am delighted about that.

“Talking to people with no Formula One involvement at all adds that huge risk factor, but this is somebody who knows it and who wants to do it.

“They’d like to take it over with the same people and with the same infrastructure, as the same team, and that would be the dream result for me. It would be absolutely fantastic.”

The 54-year-old reckons Caterham’s will to return to the grid at the Yas Marina circuit has played a massive role in garnering the buyer’s attention.

He added: “The weekend advanced the talks with the buyer as they saw we are not just the concept of a team.

“They could see the people here are committed, together, that we’re an operational team, and that was really attractive.”