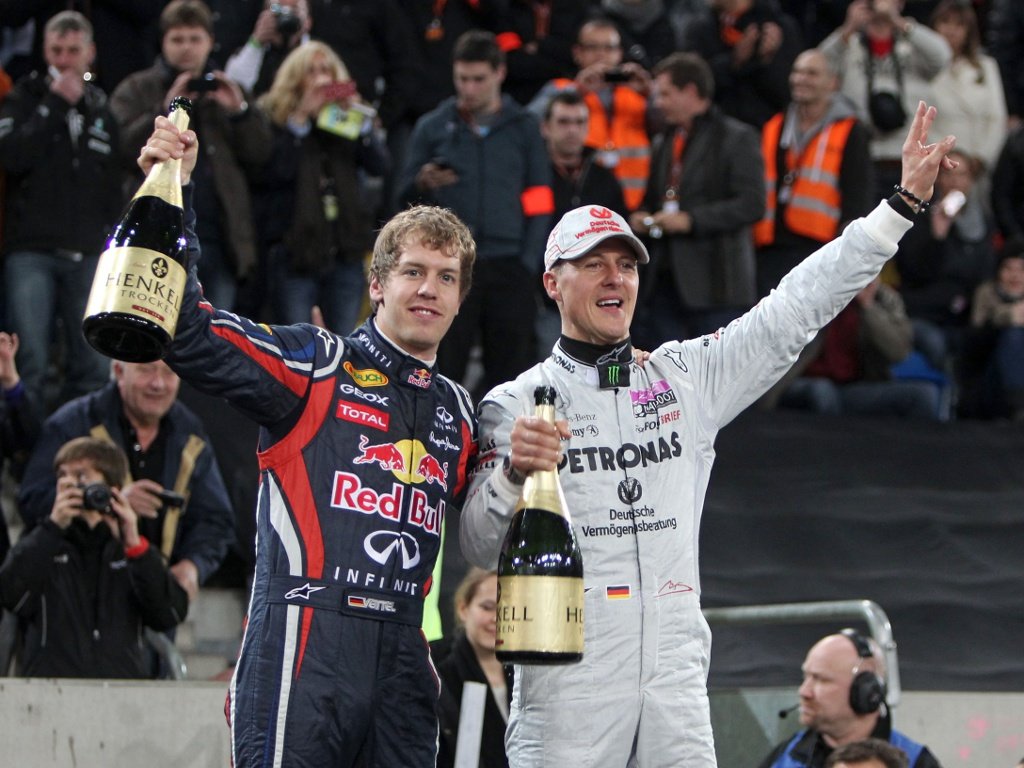 French rally driver Sebastien Ogier is the Champion of Champions, having beaten Tom Kristenson in the RoC in Sunday…

French rally driver Sebastien Ogier is the Champion of Champions, having beaten Tom Kristenson in the RoC in Sunday.

Just a day after Michael Schumacher and Sebastian Vettel clinched the Nations Cup title together for Team Germany, the duo came up against each other in the quarter-finals of the Race of Champions.

Schumacher won that battle to advance to the semi-finals, however, that was where his day ended as the Mercedes GP driver was knocked out by Kristensen.

“Of course I’d like to have gone further, but the whole point of this event is the atmosphere and the fun we have.

“Many congratulations to Tom Kristensen for knocking me out in the semi-finals to make up for last night! It was pretty tight but it’s not about the two hundredths that separated us or the fact that I beat Seb earlier in the evening.

“You always enjoy winning, absolutely, and if you win against a good driver that’s even better. But win or lose I’ve had a really enjoyable weekend here, as ever.”

Kristensen’s run, though, came to an end in the finals when he was beaten by rally ace Ogier.

“I’m so happy. It was a very nice weekend. Tom is a really good driver but to win this race at the first attempt is amazing,” the Champion of Champions told the RoC website.

“There are a lot of new cars to learn here plus the track as well. But I pushed hard all the way and I didn’t do too badly.

“I was very proud to be invited to the Race Of Champions. It’s very nice to do it and to have the chance to meet all these great drivers. It’s a good party and a happy end to the year.”