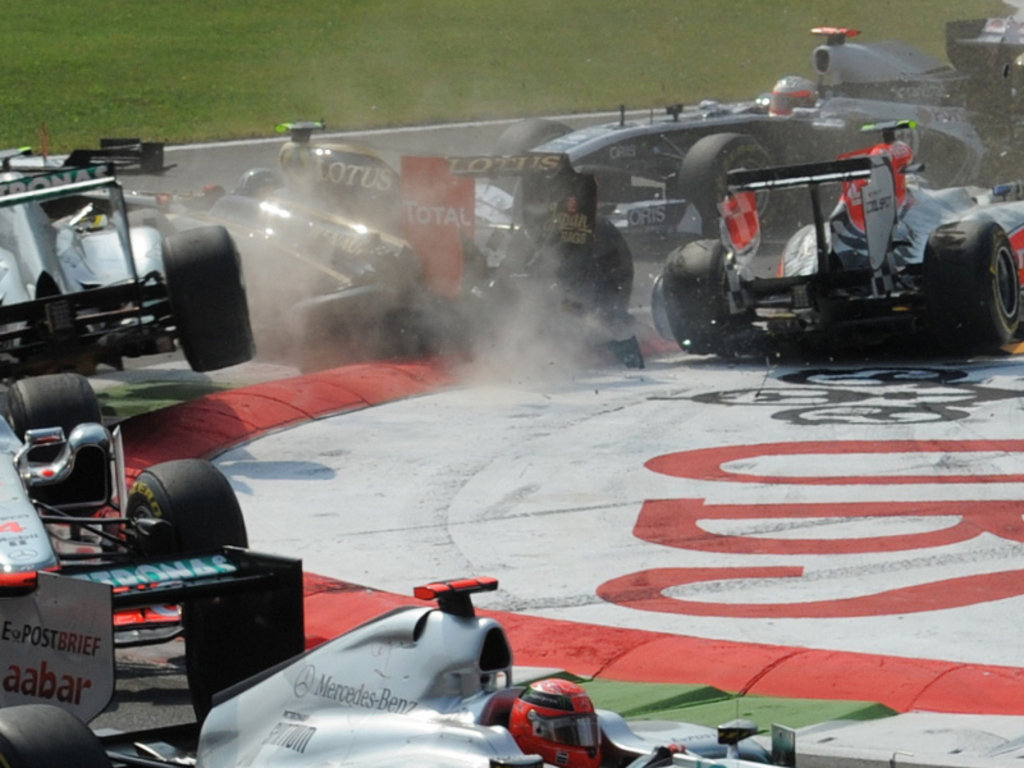 Tonio Liuzzi has blamed Heikki Kovalainen for the first lap carnage in Italy, saying the Team Lotus driver “squeezed” him onto the grass.

Liuzzi caused mayhem at Monza on Sunday when, at the start, he hit the grass, lost control of his HRT and returned to the track in the middle of the first corner as the field was making their way around.

Crashing into the pack backwards, Liuzzi’s crash took out Vitaly Petrov and Nico Rosberg while three others were forced to pit for repairs.

The Monza stewards deemed the Italian to be at fault and slapped him with a five-grid slot penalty for the next race in Singapore.

Liuzzi, though, reckons the blame actually belongs to Kovalainen.

“It was a shame and I apologise to Rosberg and Petrov but it wasn’t my fault because I got squeezed into the grass by Kovalainen,” he told Autosport.

“Once I was on the grass I lost completely the control of the car and that is why it happened and everything.

“I went on the right side of Kovalainen and then he squeezed on to the grass and once I was on there it was already the braking point. I tried to brake but obviously we had no grip and that’s why we lost the car.”

He added: “I think of Kovalainen had not closed the door we would have escaped because I think there was space enough.

“But I want to watch the videos because somebody told me he got closed down as well, but for sure he closed on me and the put me on the grass.

“For sure there was the possibility to the avoid it.”

Asked what he was thinking about when he realised he was about to collide with the field, he said: “Basically it was ‘oh s**t’. That it’s a shame because I was sure I was going to hit somebody.

“First time when I drifted I controlled the car even on the grass but then the second time I lost it and it was then.

“I was sure I would hit somebody but at the end of the day I couldn’t do much because Kovalainen pushed me completely on the grass and that’s why it happened. I was just a passenger.”