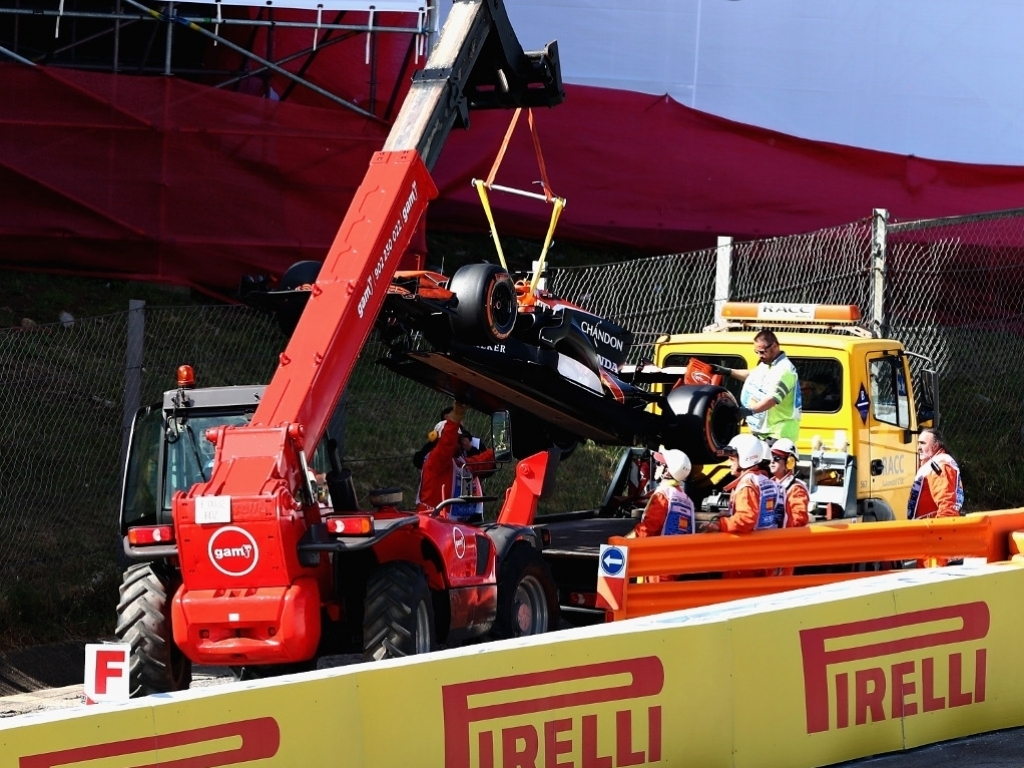 Honda have announced that it was an oil leak that curtailed Fernando Alonso’s running in Friday’s first practice in Spain.

The double World Champ spun on his out-lap at the Circuit de Catalunya when his wheels locked up as the engine failed.

A notably frustrated Alonso spent a few moments looking at the rear of his MCL32, which had fluid pouring from it.

Honda have confirmed that it was an oil leak.

“[It was an] oil leak on Fernando’s car,” said a Honda spokesperson.

“The issue is under investigation.

“In the interest of time we are changing the power unit.

“He will be back out on track during FP2. ESS [Energy Store] and CE [Control Electronics] will remain unchanged.”

Alonso left the circuit after his break down, heading back to his hotel where he played a bit of tennis.