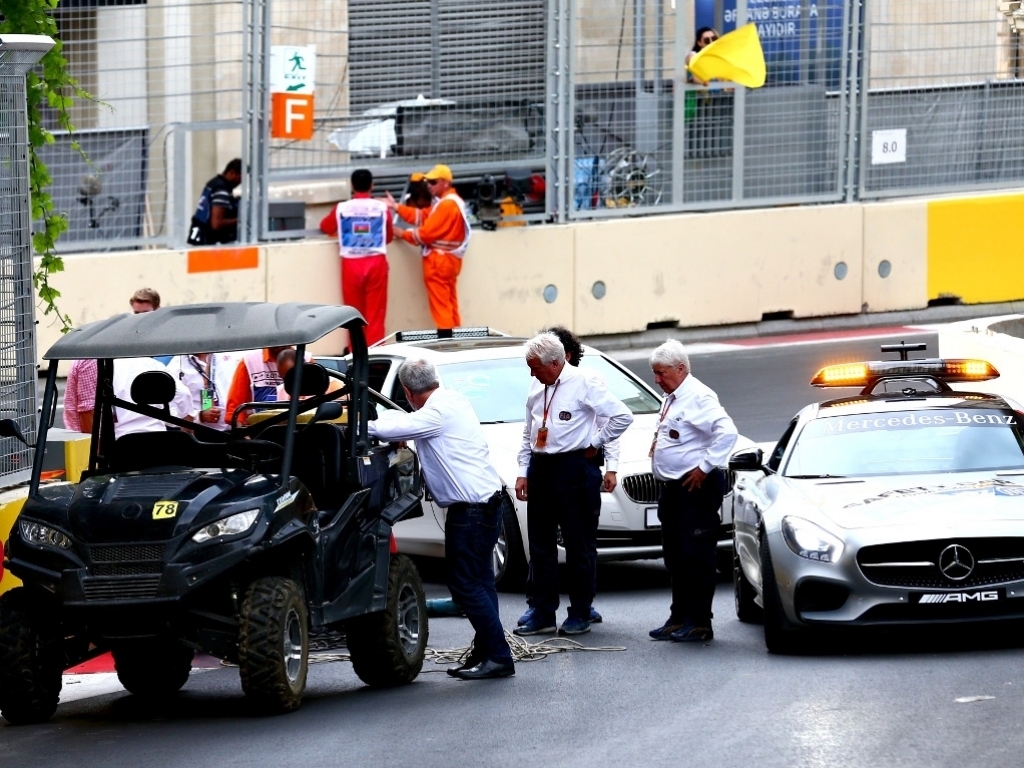 The FIA are have made changes to the Baku circuit ahead of final practice, lifting the exit kerbs at Turns 6 and 12 and extending the pit lane line.

Friday's GP2 qualifying, which was scheduled to take place in the wake of Formula's FP1, was postponed as Race Director Charlie Whiting went around the circuit with marshals securing bolts that had come loose.

But with some kerbing still visibly loose in FP2, a decision has been made to remove the exit kerbs at Turns 6 and 12. They will be replaced by painted markings.

Added to that the pit lane entry line will be extended, meaning the drivers will move over to the left earlier.

Esteban Gutierrez explained to ESPNF1: "Pit entry just the fact to make it a bit more visually in terms of where is the entrance to the pit lane, which will be improved.

"Also the pit exit, which in my opinion is a bit narrow, there's plenty of space there to make it a bit less narrow, just a bit less of a hassle.

"Then you have a little bit of exit kerbs, entry and exit kerbs, which probably are not necessary to have them there so they are going to make some modifications."