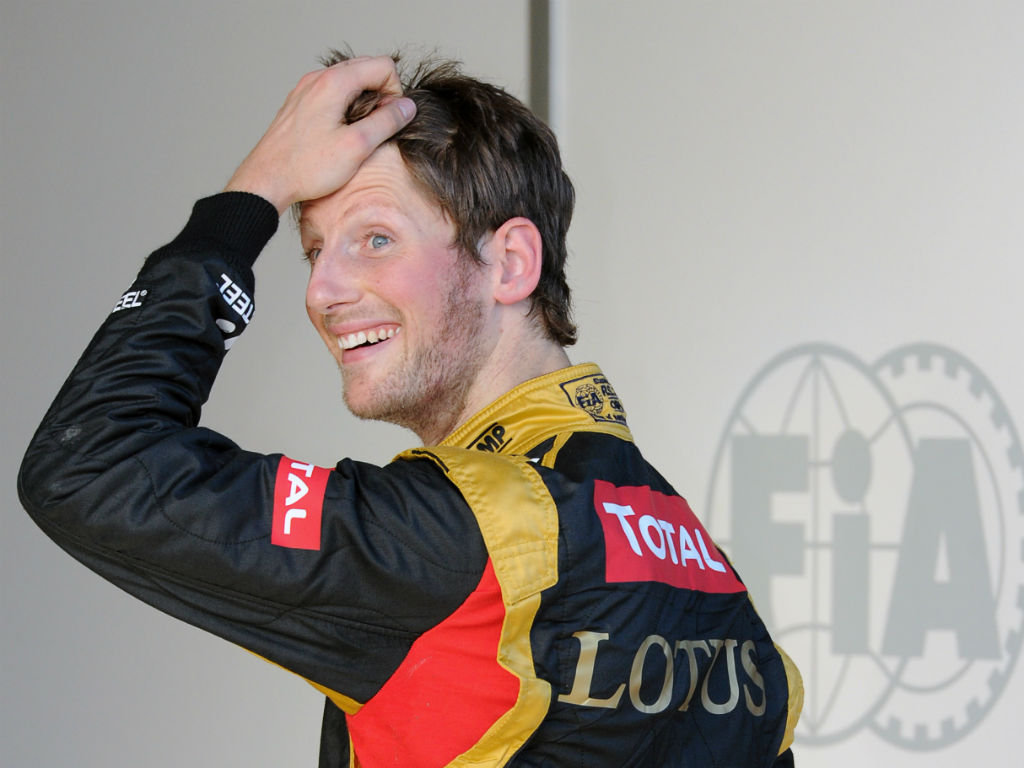 Lewis flew, Jenson almost matched him, Schumi triumphed and Romain proved that actually you could read something from winter testing times…

Lewis flew, Jenson almost matched him, Schumi triumphed and Romain proved that actually you could read something from winter testing times…

Star of Qualifying
Romain Grosjean, Lotus (P3) – The Franco-Swiss driver (although his racing licence must be Swiss judging by some of the F1 graphics – making him a Swisso-French driver) proved that the testing times from Jerez and Barcelona were no fluke. What’s more, the team missed four whole days of testing while they were adding 1kg of strengthening to the chassis.
Eddie Jordan and the BBC team are fond of referring to “the Jordan DNA” in the Force India team, but the “Renault DNA” of the Lotus team seems undiminished despite losing senior team personnel such as Bob Bell and Pat Symonds.

Winners
Lewis Hamilton, McLaren (P1) – Lewis’s first lap in Q3 was remarkable. My LG-sponsored official F1 timing screen went up the kybosh in qualifying and it was almost like a double take when I worked out he’d gone a second quicker than Rosberg. Lewis won’t just have a ‘happy bubble, he’ll have an ‘ecstatic bubble’.

Jenson Button, McLaren (P2) – Jenson’s first run in Q3 looked like the old Jenson, the second was far more of what he needed and got him within a tenth of Lewis. It would have been great to see what Lewis was capable of if he really needed to throw it at the Albert Park track with a bit of hostility. (His second lap was tentative and ended early). You can already imagine Martin Whitmarsh asking his drivers to play it steady and bring both cars home without the usual Boulder Bros. shenanigans. The last thing he wants is a clash, plus the car being winched off the circuit to reveal the McLaren floor. As the W03 was in practice.

Michael Schumacher, Mercedes (P4) – So, will this be enough to get Michael his first return podium? Has Michelle Foster already gone off to the bookies to place a bet on Michael staying for a fourth season? This was a double whammy for MSC in that he qualified on the second row and that he beat his team-mate quite convincingly.
“It’s been pretty pleasant all weekend long,” said Michael afterward, from his pleasant bubble. You can say that again. There are still question marks about the Mercedes’ race pace in that winter testing hinted that they were fast over one lap and fell off the pace with tyre degradation. We’ll find out pretty soon.

Mark Webber, Red Bull (P5) – Only one run for Mark and he still beat Sebastian. The Red Bulls are clearly going to be a lot faster if they can hook up their KERS, but they should have good race pace. Mark spent all of last season slogging through from 4th and 5th on the grid, he knows how to do it.

Pastor Maldonado, Williams (P8) – Great to see the return of Williams to the top 10 at the first race of the season and luckily for Pastor, Lewis is nowhere near him on the grid. That term ‘Pay Driver’ just got ripped up into tiny pieces.

Daniel Riciardo. Toro Rosso (P10) – Two Aussies in the top ten. Beaut. It’s a shame he couldn’t actually take part in Q3 having got there but Toro Rosso must have figured that they were only going to get P10 anyway. Although that decision immediately puts him on the dusty side of the grid (as everybody else in Q3 got a time) and presumably he’ll have to run the tyres he used in Q2. There is such a ferocious drop-off of pace on the soft tyre when they’ve been pushed hard on a qualifying lap – a phenomenon witnessed in winter testing – that it would be unfair to see him strap on a set of new boots. Team-mate Jean-Eric Vergne in P11 has the ability to put a new set on and exactly when they both stop for tyres will be an interesting comparison that the teams will be watching for. P11 and P12 may not be such bad places in 2012.

Losers
Felipe Massa, Ferrari (P16) – Felipe was a second off Alonso despite more attempts to escape Q2. Alonso clearly has better control of what is an inconsistent car and would have made it through to Q3 had he kept it on the black stuff. I wonder how well Robert Kubica’s recovery is coming along…?

Fernando Alonso, Ferrari (P12) – An unusual mistake for Alonso to make putting a wheel onto the grass, but all is not lost. Let’s see what the F2012’s like with tyre degradation.

Sebastian Vettel, Red Bull (P6) – A mistake on his final qualifying lap? From Vettel? Again an unusual error when we have come to expect perfection. It sets up a great race though. Where can he battle to from P6 on the grid? The RB8 is easily capable of a podium but he needs to get ahead of the No.2 car early.

Nico Rosberg, Mercedes (P7) – Rosberg had two attempts at a flying lap and made mistakes on both of them. That’s not good. If Merc have a DRS edge then they need to make it count in the opening races.

Kimi Raikkonen, Lotus (P18) – Raikkonen won’t be too disappointed with P18 given that he knows he has a car capable of qualifying on the second row of the grid. I’m sure he’d prefer to have it P3 and P18, than be P12 to Grosjean’s P13 i.e. narrowly beating his team-mate but stuck firmly in the midfield. At one stage in Q1 he and Grosjean were actually 12th and 13th with Grosjean on a 1:27.708 and Raikkonen on a 1:27.758, so there’s little between them. And it’s going to give us a lot of entertainment seeing Kimi with a fast car starting at the back. We should start counting how many times he says: “It is what it is.” Two already.