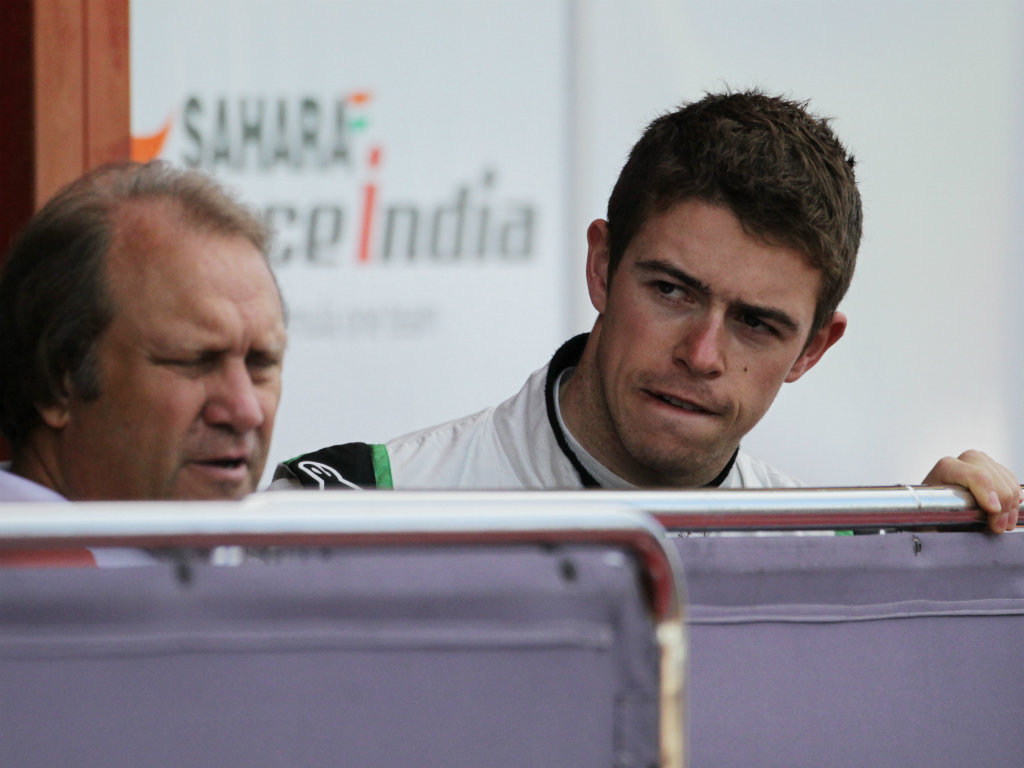 Paul di Resta insists Force India are not concerned about their lack of running on day two of the in-season test at Mugello.

It was a frustrating day for the Scot as he managed to complete only 14 laps on Wednesday due to a hydraulics problem.

“I don’t think it’s massive,” Di Resta said. “We’re quite limited with what we were going to learn anyway, given the way the track is. It’s not got that many similar characteristics compared to the tracks we’re racing at.

“It would have been nice to get some more running, but these things happen. If we can get cracking tomorrow and get a full programme in we’ll be okay.”

The limited running has forced the Silverstone squad to alter their plans for Thursday. Nico Hulkenberg was initially expected to be behind the wheel the whole day but he will now share testing duties with Di Resta.

“We had some faults in the data and we needed to do quite a few changes to the hydraulic system to eliminate it. [It was] a bit of a painful day,” he said.

“[The] problem was tracers. We were just worried it was going to cause an issue, partly safety and not wanting to cause any damage. We changed everything; the engine, the hydraulic pack. The key thing was to make sure Paul was comfortable.

“We will change our schedule, run half a day with Paul [Thursday] morning and Nico in the afternoon, to give them equal time in the car.”