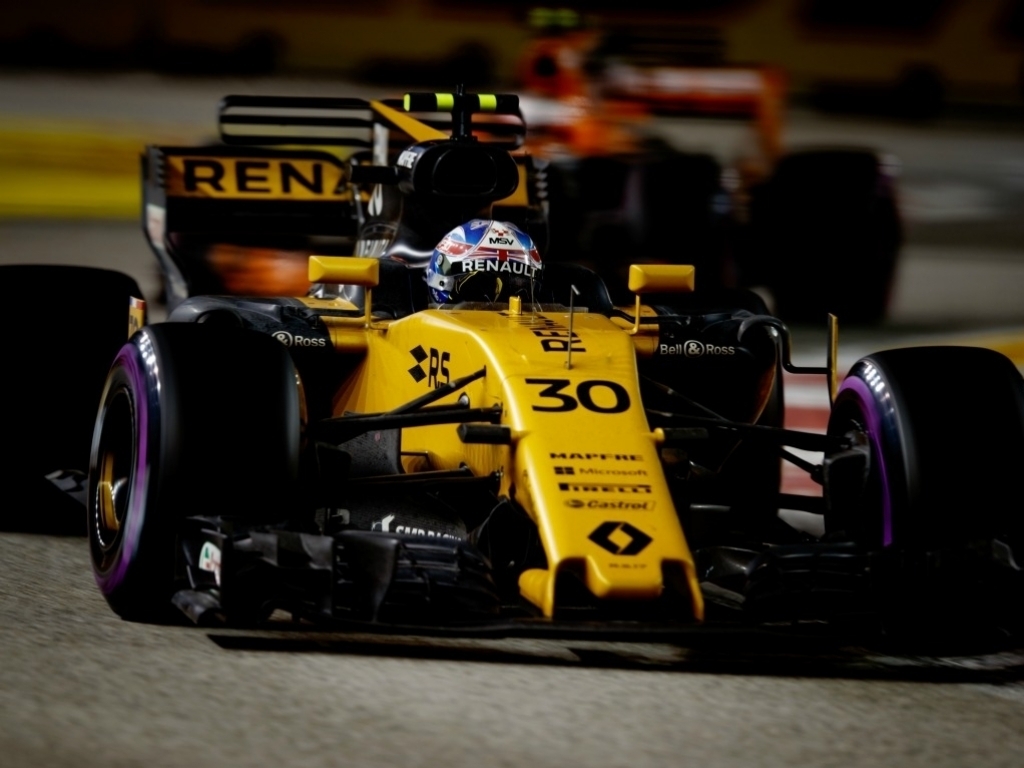 Jolyon Palmer has reiterated that he intends to see the season out with Renault after claiming only his second points finish of his Formula 1 career.

Palmer's Renault fate was sealed when the Enstone team announced that on Friday that Carlos Sainz would be replacing him for the 2018 season.

Both drivers in question subsequently scored the best finishes of their career in a crazy race at Singapore. Sainz came home in P4, with Palmer taking P6.

The race was really enjoyable from the word go. When it rains you don’t know what to expect. We made a good start and we were really strong in the wet.

“You never know what to expect. I really enjoyed the conditions today. Made a nice pass on Bottas and I just went with the guys ahead. A very smooth race.

“You want to show every weekend the best that you can do. The result this weekend is finally a bit of good luck. This result could have come earlier in Baku, Silverstone or Spa. I hope we can build from this in the next six races.

Palmer was then quizzed about his future and he stated that his desire to remain in Formula 1.

He added: “At the moment the news about Renault is quite fresh. From my side I want to go out with six of the best races. I want to stay in F1 and there are other options. I want to do myself proud in these six races.

“It’s Renault’s prerogative, they can decide who’s in the car next season. I’ve had a tough year, we’ve had reliability issues but I’ve made mistakes as well.

"The media were always questioning about my future. It’s made it’s a bit harder but I’ve learnt to switch off and just focus on the driving.

Palmer then reiterated he still has six races left with Renault, amid reports he has been offered a substantial pay-off to leave early.

He said: “I have a good relationship with the team and still do. Six more races with them. I’ve been with Renault for two years and three years at Enstone. Hopefully I can finish with the team on a good note."