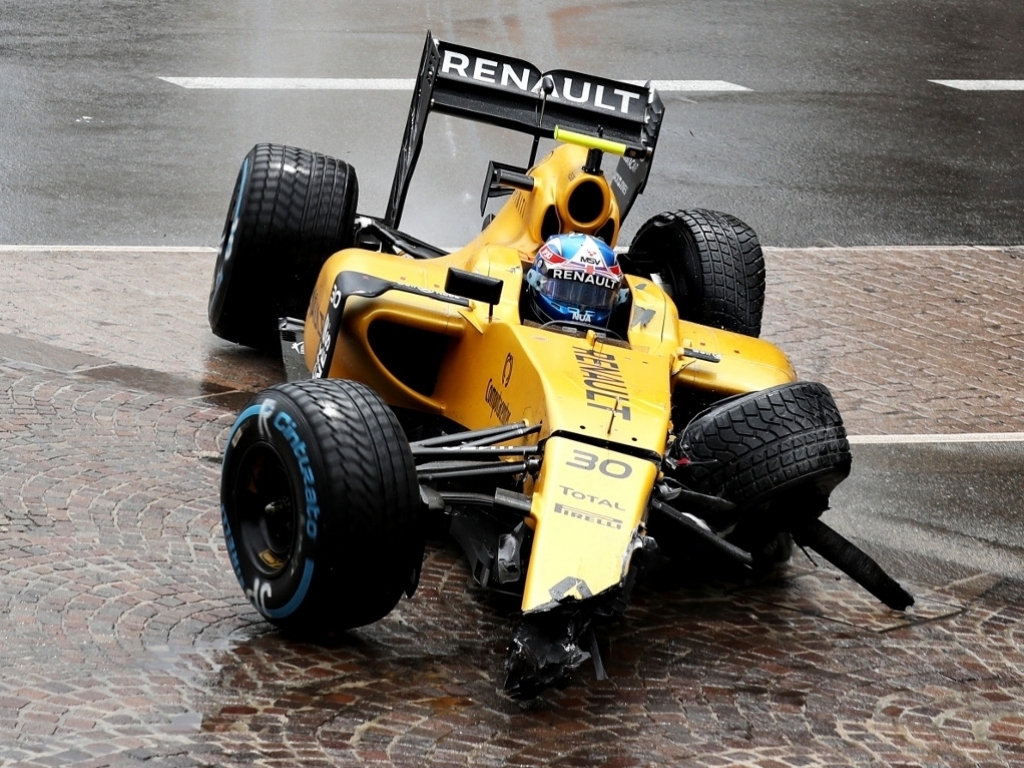 Renault driver Jolyon Palmer blamed a lack of traction on the white lines of the Circuit de Monaco for the reason he crashed into the barrier at the start of the race.

With the Monaco Grand Prix starting with a safety car due to the heavy rains, the Brit explained that as soon as he accelerated when the safety car was called in he had a lack of traction which resulted in his car sliding into the barrier at Ste Devote.

“The traction was appalling after the safety car and I got caught out,” said the GP2 Champion.

“I had wheelspin in fifth gear on the white line that crosses the track. There was nothing I could do – I was just a passenger and went straight away into the wall.

“It’s so difficult as we know that the white lines are slippery but they are everywhere.

“I’m disappointed as I love this track and it’s been good for me in the past. But I’m now looking forward to Canada and putting this weekend behind me.

“Monaco hasn’t been good to me this year so we need to move on to the next race and look for a better weekend.”