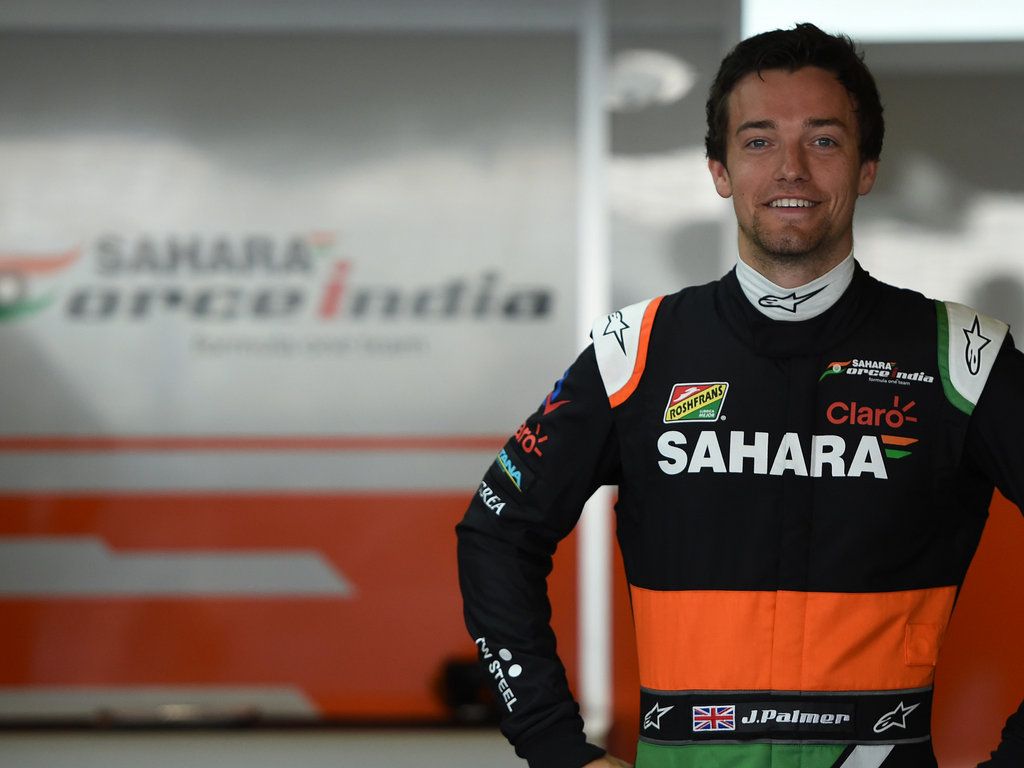 Jolyon Palmer has revealed a test driver role at Force India is an “option” as he seeks to get a foot in the Formula 1 door.

GP2 Champion Palmer made his F1 debut earlier this week with Force India, putting in the laps at the Yas Marina circuit.

Palmer, who finished fourth quickest in Tuesday’s test, is now dreaming of a future in Formula 1.

The 23-year-old Brit has revealed there is the possibility of a future with Force India, whose test drivers have in the past gone on to race for the team.

That, though, is just one of his options.

“Force India are a team that give young drivers chances,” he said.

“If a role was possible here it would be good as they helped out Paul di Resta before he moved up, and Jules Bianchi too, with proper FP1 programmes.

“There are some teams that barely give time in the car, so if I was to do it, it would be with a team that really gives the driver a chance.

“Force India does that. It’s an option but we’re looking at quite a few things.”