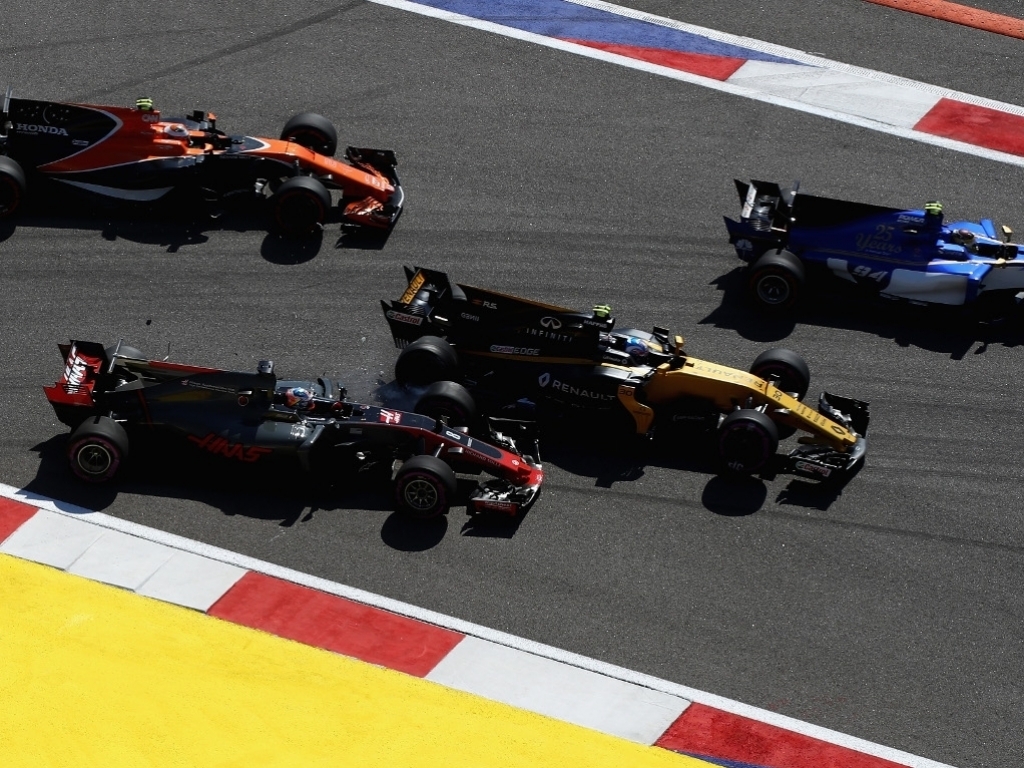 Jolyon Palmer says while he’s happy to accept that his clash with Romain Grosjean was a racing incident, he feels his rival got there through “strange logic.”

Palmer and Grosjean both retired on the opening lap of the Russian Grand Prix when the Haas driver clipped Palmer’s Renault.

That forced the Brit into Grosjean’s path, taking them both out of the race.

Grosjean has billed it as a racing incident, however, Palmer doesn’t agree with his thinking.

“He had some strange logic, but it’s okay, it’s racing,” he said.

“I think when you have an incident it’s quite often that people don’t agree with what happened.

“For me it was quite clear what happened, especially watching the replay.

“I can understand from his point of view that he was on the inside, from my point of view I had to turn in because I had a car on the outside, and I think he seems to think something else.”

Pressed on what he deemed to be Grosjean’s ‘strange logic’, Palmer replied: “That some rules apply to him and not for other drivers, that sort of thing.”