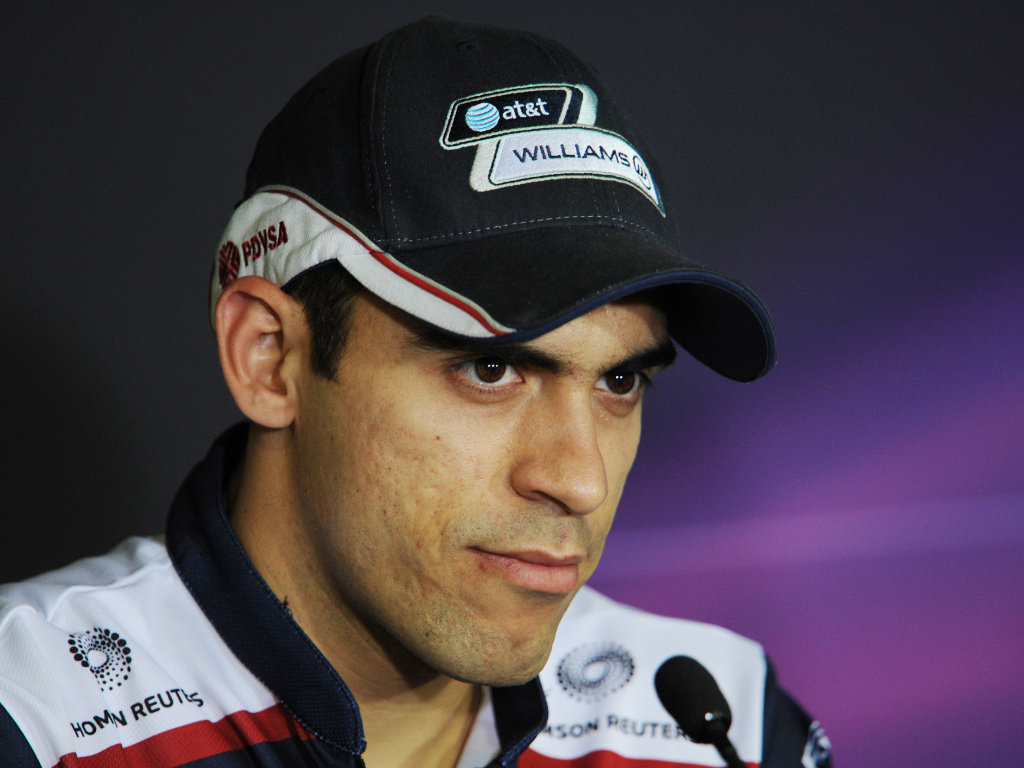 Having added his name to the winners’ list in 2012, Pastor Maldonado will be aiming for more improvements this season…

Having added his name to the winners’ list in 2012, Pastor Maldonado will be aiming for more improvements this season…

Although many have labelled him a ‘pay driver’, much to the annoyance of his Williams bosses, Maldonado enters the sport with a big reputation. He was, after all, the 2010 GP2 Champion and a former Champion of Italian Formula Renault. He was also the only driver to have won six successive feature races in a single season in GP2.

The South American’s first taste of F1 action was in 2004 when he tested with Minardi. Six years later he was heavily linked with rookies Hispania, but nothing came of the speculation.

However, Williams team boss Frank Williams had long been an admirer of Maldonado, saying he first caught his eye in 2007. His impressive 2010 GP2 campaign convinced the Grove-based team to hand him the driving duties for the Young Drivers Test in Abu Dhabi at the conclusion of the 2010 season.

He clearly did enough during the testing as the team confirmed his signing a few days later and teamed him up with Rubens Barrichello.

Life in Formula One got off to a very difficult start for the Venezuelan as he retired in his first two races in Australia and Malaysia. He finally managed to see the chequered flag in China, but it was from a disappointing P18 spot.

With Williams struggling for pace and reliability, Maldonado was always going to find it difficult to make much of an impact and he had to wait until the 12th race of the season in Belgium to pick up his first point. He came from 21st on the grid to finish 10th. Although there were more encouraging signs during the latter half of the year, it proved to be his one and only point during his debut season.

For Williams, it was a disastrous season and they finished a lowly ninth on the grid. They promised to make changes for 2012 and although there were initial whispers that Maldonado could make way for a “big name”, it proved to be nothing more than rumours as the Venezuelan’s financial backing was too much for Williams to turn down.

Williams, though, were vindicated when Maldonado secured pole position for the Spanish GP after Lewis Hamilton was sent to the back of the grid. The Venezuelan followed that up with the victory on the Sunday as he put in a mature and faultless drive to seal his maiden grand prix victory.

That, though, was his only high note as he then went on a nine-race run of point-less finishes. Crashes in qualifying and grands prix ruined his efforts while penalties – including three at the Belgian GP weekend alone – did not help. He finally achieved a top ten result in Japan when he brought his FW34 home in eighth place.

Points in Abu Dhabi and the USA brought Maldonado’s tally up to 45, a vast improvement on the previous year’s one.

Maldonado will remain with Williams for 2013 where he will partner rookie driver Valtteri Bottas. This year, though, Maldonado can at least say he’s in F1 for his results, not just his backing.