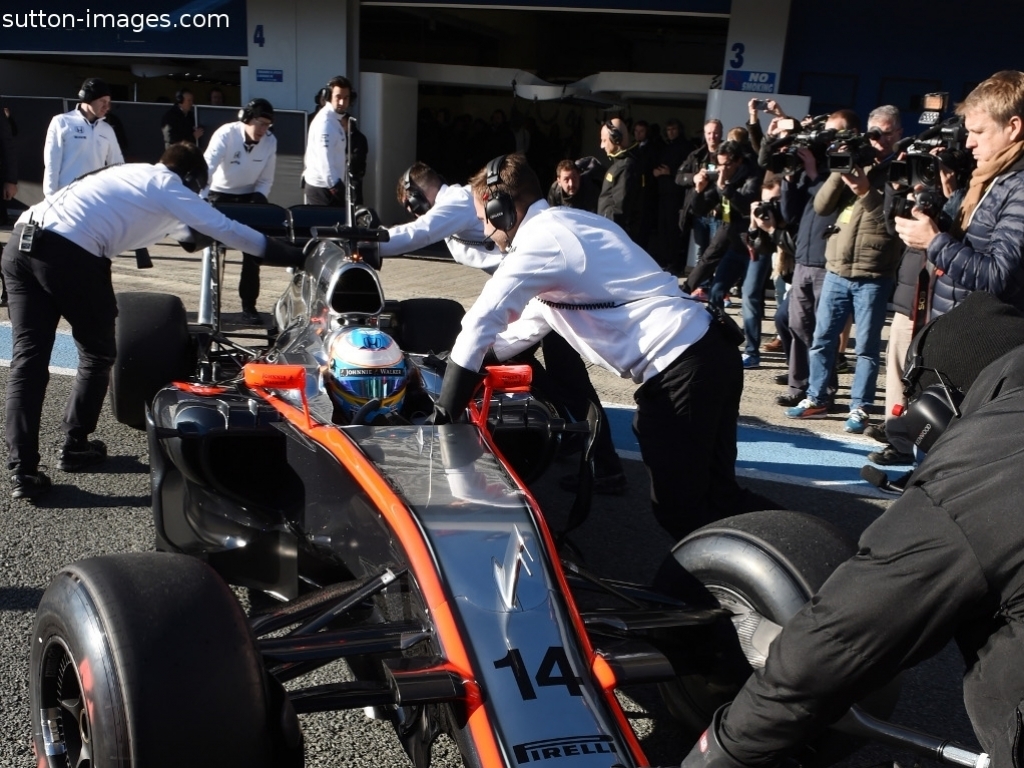 Fernando Alonso shrugged off McLaren's slow start in Jerez on Sunday, saying he has "no problems" being patient.

Having swapped Ferrari for McLaren after five frustrating seasons at Maranello, Alonso kicked off his second stint with the Woking-based squad on the first day of pre-season testing in the south of Spain.

However, as expected it was a stuttering start for the new McLaren-Honda as the MP4-30 completed only six laps on the opening day. In fact he only managed one timed lap of 1:40.738, which was more than 18s slower than that of pacesetter Sebastian Vettel of Ferrari.

The two-time World Champion, though, says he never expected to come out all guns blazing.

"My patience was proved for the past five years – I have no problems," Alonso is quoted as saying by ESPNF1. "More or less [the first day] went as expected. Obviously it's a slow start as we knew. We saw last year how difficult it was for other teams to complete laps, especially in the first couple of days – even Red Bull did something like ten laps [last year] or something like that.

"It's complex technology we have in Formula One today and we need time and need to learn a lot of things in the car because we start gaining mileage. The car design is also quite extreme, quite aggressive and innovative so definitely we have something to discover there slowly."

Alonso will make way for team-mate Jenson Button on Monday before getting another chance in the MP4-30 again on Tuesday, and he's hoping to spend more time on the track.

"I would like to do more laps, that's for sure, because after two months waiting for the first test six laps is not enough but we are all happy and excited inside the garage," he said.

"We had an amazing atmosphere today, during the first lap especially, the comeback of McLaren-Honda after 22 years and I felt so privileged and honoured to be the man to do the first lap. There are a lot of things to work but I believe so much in the project and I'm so, so happy to be sat here. We have a lot of things to do but with a positive approach."