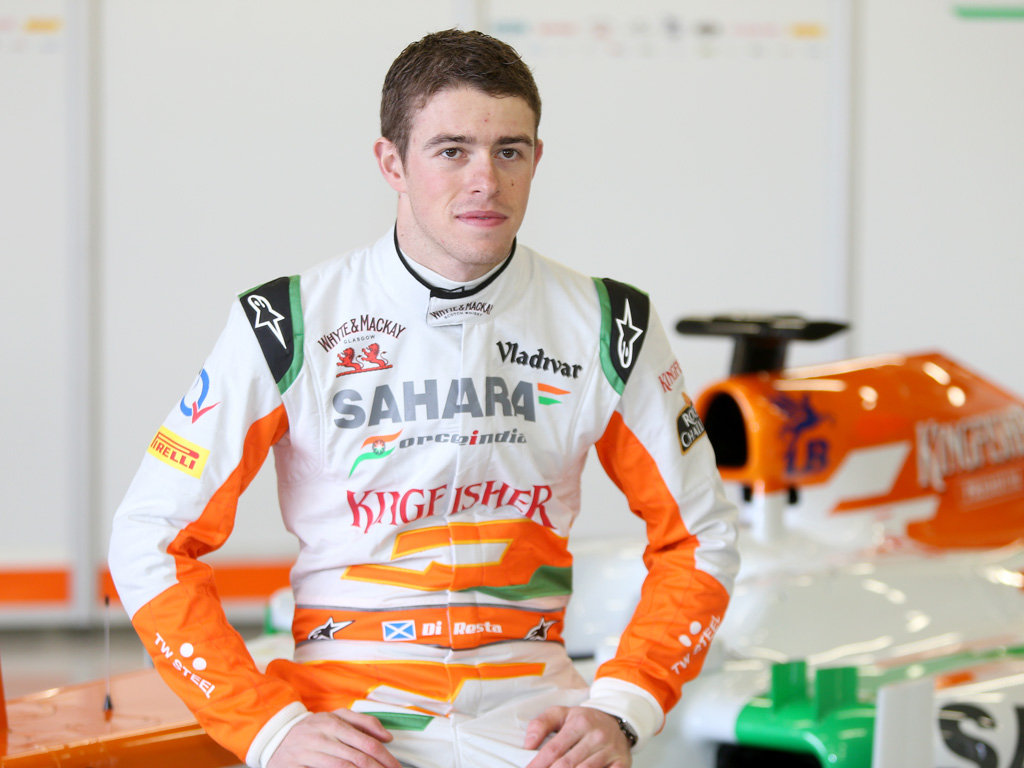 It may have taken Paul di Resta a bit longer than his past rivals, Lewis Hamilton and Sebastian Vettel, to join the Formula One fraternity, but the Scot made such a comfortable transition that you’d swear he has been part of F1 for several years….

It may have taken Paul di Resta a bit longer than his past rivals, Lewis Hamilton and Sebastian Vettel, to join the Formula One fraternity, but the Scot made such a comfortable transition that you’d swear he has been part of F1 for several years.

Like many of his rivals, di Resta started his career in karting, racing in various series from 1994 until 2001 where he came up against 2008 F1 Champ Hamilton.

From karts he moved onto Formula Renault while in 2005, he rose up the ranks to the Formula Three Euroseries, winning the prestigious McLaren Autosport BRDC Young Driver of The Year Award. The following season he claimed the Championship, beating team-mate and reigning F1 World Champion Sebastian Vettel.

Unable to find his way into Formula One, the Scot hit the DTM series and in
2010 he won three races in a row on the way to claiming the Championship.

That same year, he earned a role as Force India test driver, getting his foot into the door in Formula One. Di Resta took part in several Friday practice sessions, impressing team boss Vijay Mallya.

In fact, di Resta was so impressive that in January 2011, Mallya announced that the 24-year-old would be one his two race drivers for the Championship, teaming up with Adrian Sutil.

It may have been a long wait for di Resta but it was worth it as he claimed 27 points in his debut season to finish as the top rookie for 2011. He started his F1 career with a P14 grid position in Australia and although he crossed the finish line in 12th position, he was promoted to P10 following the disqualification of the two Saubers.

He repeated the trick in Malaysia, but this time he was P10 when the chequered flag came down. He made it into Q3 for the first time in China and slotted in P8 on the grid, but could only manage a P11 finish. At Silverstone he started a career-best sixth place on the grid, but he had to wait until the Hungarian GP to return to the points as he claimed a P7.

More success followed in Italy, an eighth-place finish, and Singapore, a career-best sixth spot. In Singapore he finished ahead of the likes of Nico Rosberg (Mercedes GP), Felipe Massa (Ferrari) and his team-mate Sutil.

He finished the season with a P9 and P8 in Abu Dhabi and Brazil respectively to all but secure his seat for the 2012 campaign. Although Force India took their own sweet time to make the announcement, it came as no surprise when they confirmed di Resta and Nico Hulkenberg as their drivers.

The Scot had a solid second season as a race driver, scoring 46 points which included a career-best result of fourth, which he achieved at the Singapore GP. There were, however, few major highlights in a season in which he was beaten by his team-mate Hulkenberg.

That, though, didn’t stop McLaren from having a chat with di Resta when they sought Hamilton’s replacement. But instead of taking a step up, the team chose Sergio Perez leaving di Resta to spend a third season with Force India in 2013.