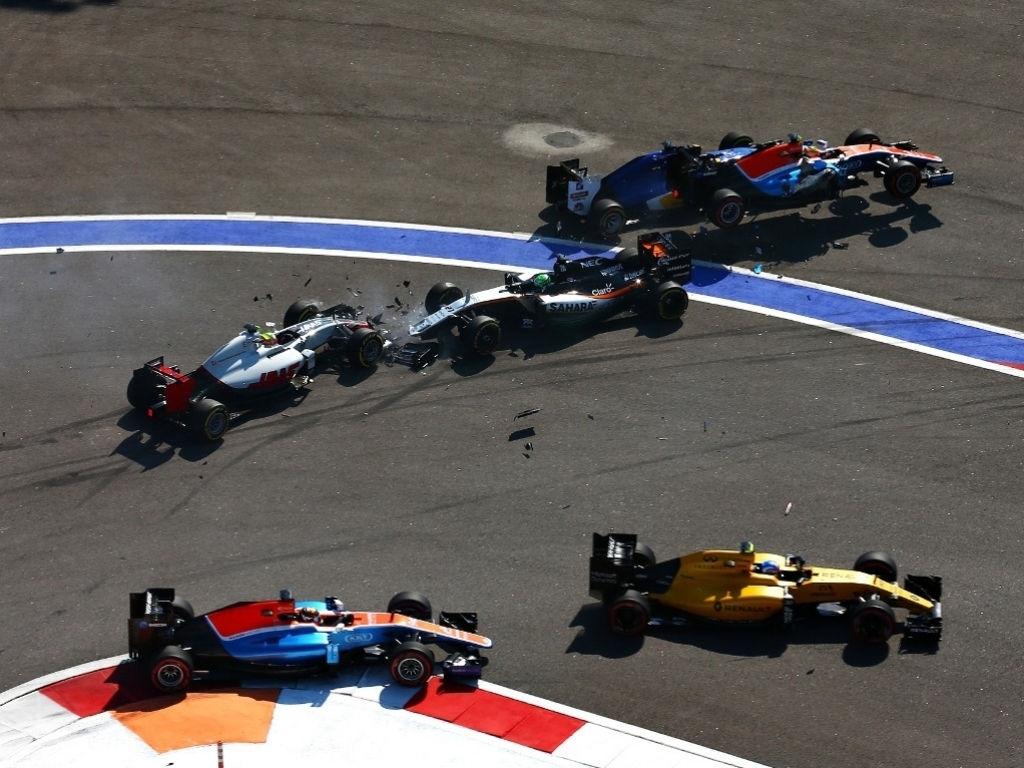 Daniil Kvyat, Esteban Gutierrez and Carlos Sainz were all handed penalty points on their licence for their antics in Sunday’s Russian Grand Prix.

Kvyat was handed three penalty points after causing first lap chaos when he hit Sebastian Vettel not once, but twice.

Kvyat’s tally is up to five for the 12 month rolling period.

As for Gutierrez, who hit Nico Hulkenberg on the opening lap, he was slapped with two penalty points because “car 21 collided with car 27 in Turn 2.”

Those are his first points of this season, his first back in Formula 1 with Haas.

Sainz was the final driver slapped with penalty points as the stewards deemed him to have “forced” Jolyon Palmer off the circuit.

The Toro Rosso driver not only had a time penalty added to his finishing time but was given two penalty points on his licence.