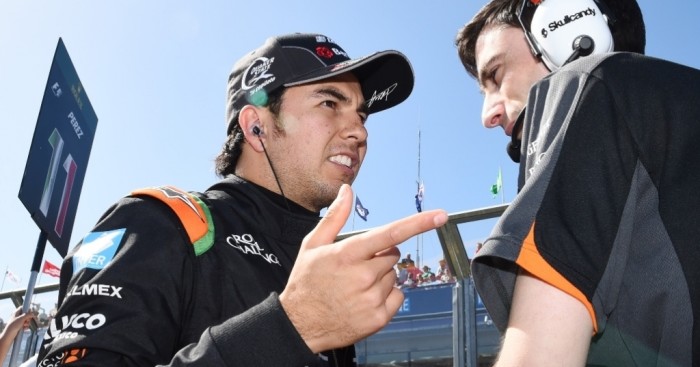 Sergio Perez believes if he was in the right car in F1, he would be winning grands prix and fighting for the Championship titles.

Although Perez began his F1 career with Sauber, he still managed to achieve three podium results which earned him a promotion up the grid with McLaren. That move,though, was largely unsuccessful.

At the end of a campaign in which the Woking team battled just to score points, Perez was dropped in favour of rookie driver Kevin Magnussen.

He moved on to Force India and impressed many when he brought the VJM06 home in third place at the Bahrain GP.

However, that has proven to be the only real highlight since joining the team.

"It's a very big frustration as a driver when you know that with the right car you would be winning," Motorsport.com quoted Perez as having said.

"I am sure that if I had that (right) car, I would win races and fight for the championship.

"In my five years in F1 I have never had a winning car or even a car capable of being on the podium, but I made it to the podium four times.

"Some drivers reach the top quickly, for others it takes longer, but I hope to show my talent – whether in this car or not – and it opens the door for me to reach the top of F1."

But in a team where drivers struggle to get involved in the podium battles, the one fight they always need to get ahead in is the one against their team-mate.

And having beaten team-mate Nico Hulkenberg on occasions, Perez reckons he is going a good job.

"It's hard to explain to people that you did a great race when you are ninth or tenth," he said.

"But when you are two tenths a lap faster than your team-mate, who is one of the best drivers in the world, and at the end you are 15 seconds in front of him, it is in fact an excellent race.

"Obviously, it's hard for people to see that from the outside."