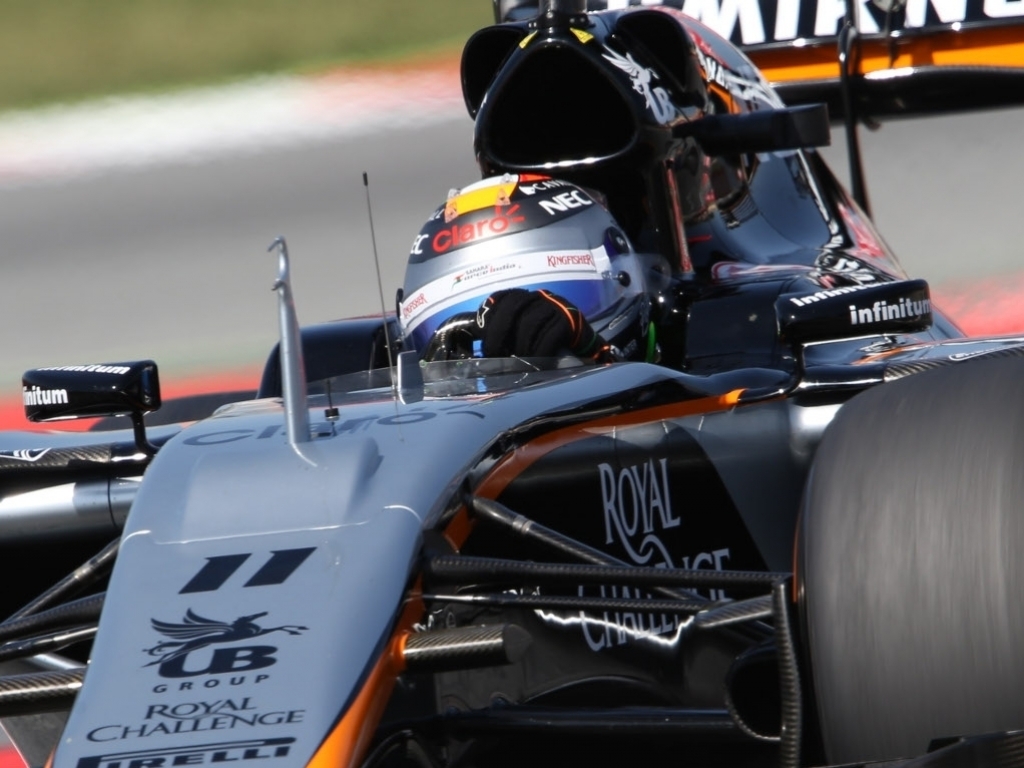 Sergio Perez has revealed Force India won't run their full B-spec upgrade at the post-Austrian test but that it will be ready for Silverstone.

Perez and his team-mate Nico Hulkenberg have spent most of this season waiting for that upgrade, which is expected to be so vast it is being billed as a B-spec car.

And will some of the updates will be run at next week's post-Austrian GP test, Perez has revealed the full package will only make its debut on the Friday of the British GP.

"We are going to have it for Silverstone," the Mexican racer revealed.

"We are obviously doing some testing with some of the parts of the new-spec, but the main upgrade will come to Silverstone.

"So it's definitely very good news as it's only one race left, so hopefully we can score points this weekend and then aim for a much better second half of the year with the upgraded car."