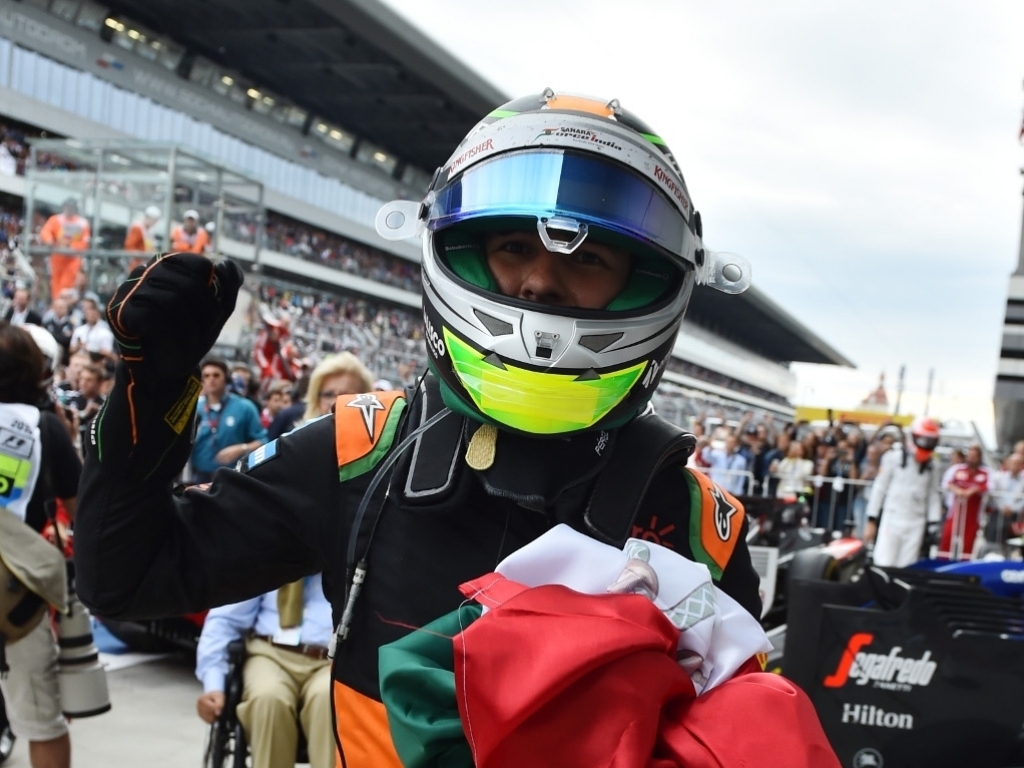 One minute he was P5 and the next he is back on the podium so it was no surprise that Sergio Perez was ecstatic with his third place at the Russian Grand Prix.

Force India have looked good all weekend with Nico Hulkenberg qualifying sixth fastest and Perez seventh, but the team decided to gamble as they pitted the Mexican during the deployment of the Safety Car following Romain Grosjean’s crash.

It meant Perez found himself running in third place after everyone had completed their final pit stops, but he had to do 41 laps on the soft tyres.

Two laps before the end and his hopes of getting the final podium spot behind race winner Lewis Hamilton and Sebastian Vettel appeared to be over as not only Valtteri Bottas in the Williams, but also Kimi Raikkonen put their fresher rubber to good use to pass him.

However, his luck changed on the final lap as Raikkonen drove into Bottas with the Williams driver forced to retire and, although Raikkonen nursed his car home, Perez managed to get the final podium spot.

“It feels great to be back [on the podium] with these boys. I have been enjoying my time with them,” he said after claiming his first podium since last year’s Bahrain GP.

“One lap before the end it seemed like everything went away from us and at that point I was just very unhappy with myself as many things go through your head. But on my last lap I was ‘okay I gave it all, there was not more that I could do’. I did plenty of laps on my tyres and I had massive degradation on my front tyres especially.

“In the last lap when it came, it was just amazing. It’s very nice to have a second podium with this team.”

The Mexican Grand Prix, which returns this year after more than two decades, is only a few weeks away and it is no surprise to see the Force India driver is excited about his home race.

“Mexico will be most special weekend of all. The whole paddock of Formula 1 will be happy with the support we get there,” he added.