Home Uncategorized Perez hails Mexico result as one of his best 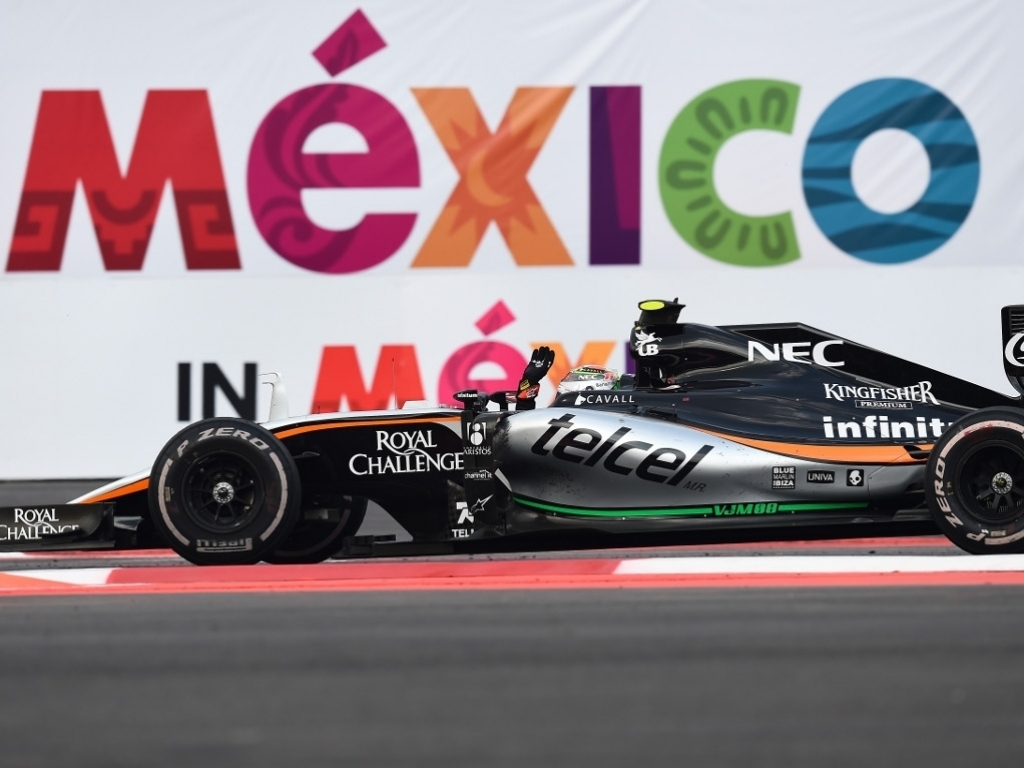 Sergio Perez admits he was "very unlucky with the timing of the safety car" in Mexico, but still believes he produced a career-best display at his home race.

The Force India driver was running a solid eighth place when the safety car was deployed on lap 52 following Sebastian Vettel's accident, but while most of the drivers around him pitted, the Mexican stayed out.

It meant he had to complete 53 laps on the medium tyres, yet he somehow managed to finish eighth, ahead of Max Verstappen and Romain Grosjean, who were on fresher rubber.

"What a week this has been here in Mexico! The atmosphere has been amazing and there were so many special moments," he said.

"The race was probably one of the most difficult of my career because I was very unlucky with the timing of the safety car, which really didn’t help my one-stop strategy.

"We chose not to pit when it came out because we thought there was a chance to jump Nico [Hulkenberg] and Felipe [Massa], but in reality that didn’t happen. Then the team told me that the cars behind had all pitted and fitted new tyres, so I was a bit worried because I knew the final fifteen laps would be very difficult.

"To stay ahead of them and finish in eighth place is probably one of my best performances in Formula One and I’m very happy I could score points in front of my home crowd."