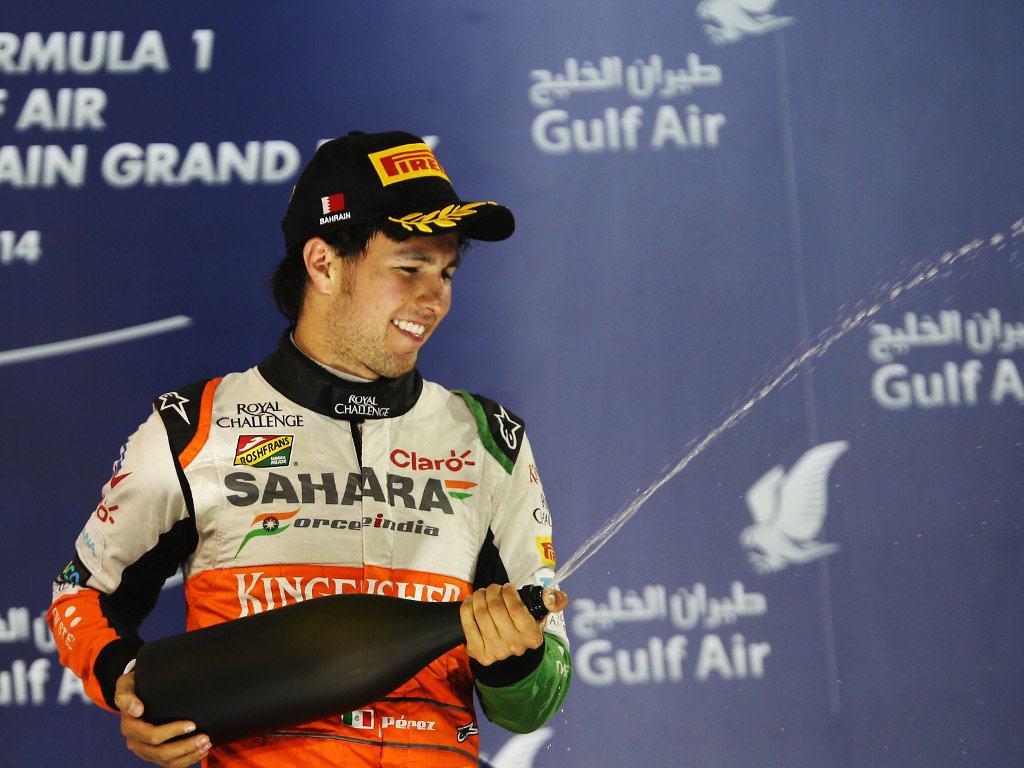 Sergio Perez is delighted to have ended his and Force India’s podium drought after finishing third in Bahrain.

In an ironic twist, Perez left Sauber for McLaren for the 2013 season hoping to challenge for race victories, but he didn’t finish on the podium once during his 12-month stint at Woking and was then dropped in favour of Kevin Magnussen.

However, it has taken him just three races with Force India to return to the top three as he finished on the podium for the first time since Italy 2012 while it is also Force India’s best result since 2009 when Giancarlo Fisichella finished second in Belgium.

“It has been a while since my last podium, it is very special for me. It is only my third race with the team but a very good one,” the Mexican said.

Perez performed brilliantly throughout the weekend and qualified fifth fastest, but he started fourth following a penalty to Red Bull’s Daniel Ricciardo. He was then involved in a tough battle with his team-mate Nico Hulkenberg throughout Sunday’s race.

The deployment of the Safety Car late in the race also meant he had to work hard until the chequered flag.

“Nico had newer tyres than I did, but the stops made a massive difference,” he said. “I had to jump him back and overtake a Williams. It was a really enjoyable race, just like karting days.