Home Uncategorized Perez holds up his hand after shunt 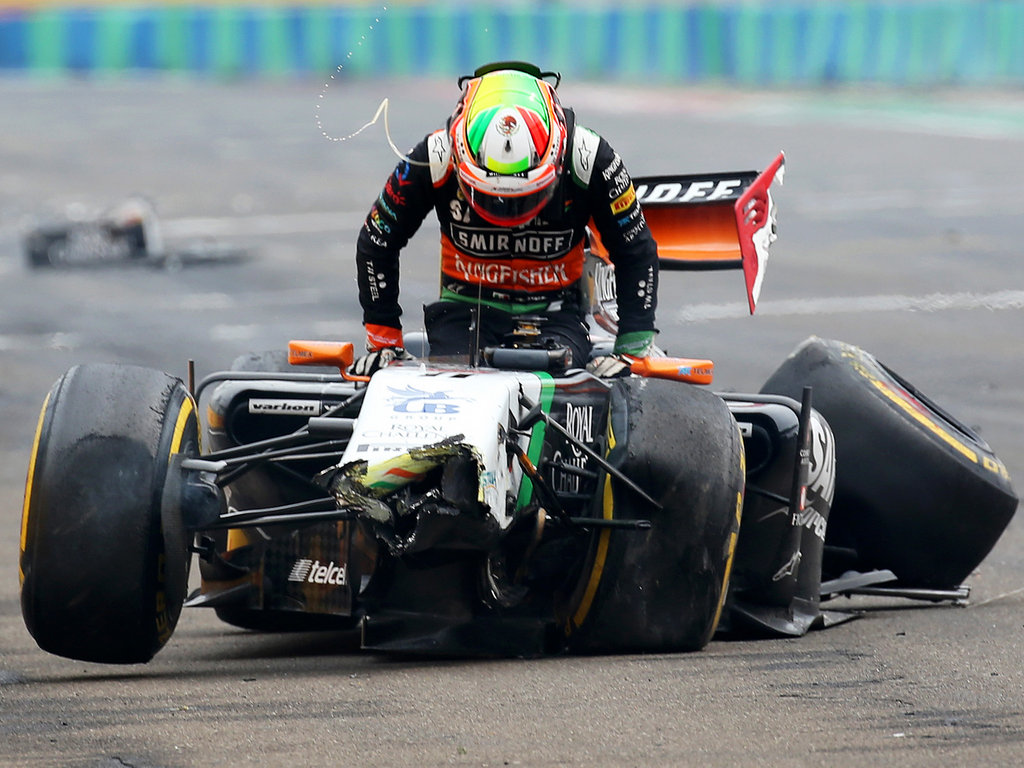 Sergio Perez has admitted he was to blame for his massive crash during the Hungarian Grand Prix on Sunday.

The Force India driver looked set for a good haul of points as he was running in P8 on lap 23, but he smashed into the wall after losing control of his car on the final corner.

With Nico Hulkenberg also forced to retire earlier in the race following contact with his team-mate Perez, it meant the Silverstone squad left Budapest empty-handed.

The Mexican, though, accepted responsibility for his exit.

“I am really sorry for my team they have done some amazing work and points were possible to day,” he told BBC Sport.

“It was going well but I just lost the back end of my car. It was quite a big accident, it was going okay up to that point and it was completely my fault.”