Home Uncategorized Perez: Nice to get Kimi on the last lap 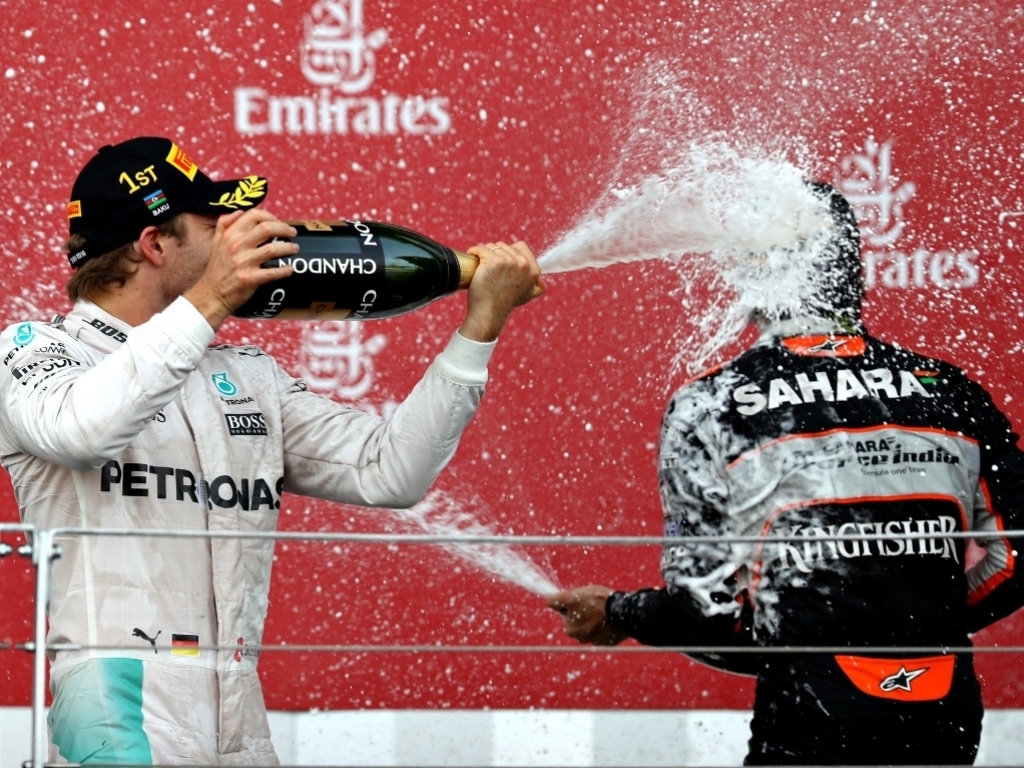 Sergio Perez’s frustration turned to joy on Sunday as he raced to his second podium result of this season with a P3 in Azerbaijan.

The Mexican racer was disappointed in the wake of Saturday’s final practice when he hit the wall at the street circuit.

Despite damaging the car, Force India got him ready for the start of qualifying where he finished P2.

However, as part of the repairs, the team had to change his gearbox and as such Perez started Sunday’s 51-lap race seventh on the grid.

He quickly began to make up places and was running fourth on the track but third in the results in the latter stages of the race due to third-placed Kimi Raikkonen’s five-second penalty.

And although Perez did not need to overtake the Ferrari driver, the podium assured, he did so anyway on the final lap to cross the line P3 on the day.

“Yesterday when I put the car in the wall in FP3 I was so frustrated with myself,” he said.

“The boys did an amazing job to fix the car.

“We started P7 so we had to make our way through.

“I had a very nice start, a good first lap.

“The fight with Kimi all the way to the end, I knew he had the penalty but it was still nice to get him in the last lap.

“When I saw the opportunity, and there was no risk, I went for it.”

He added: “Even though I knew the podium was secure it feels nicer to finish the race third.”