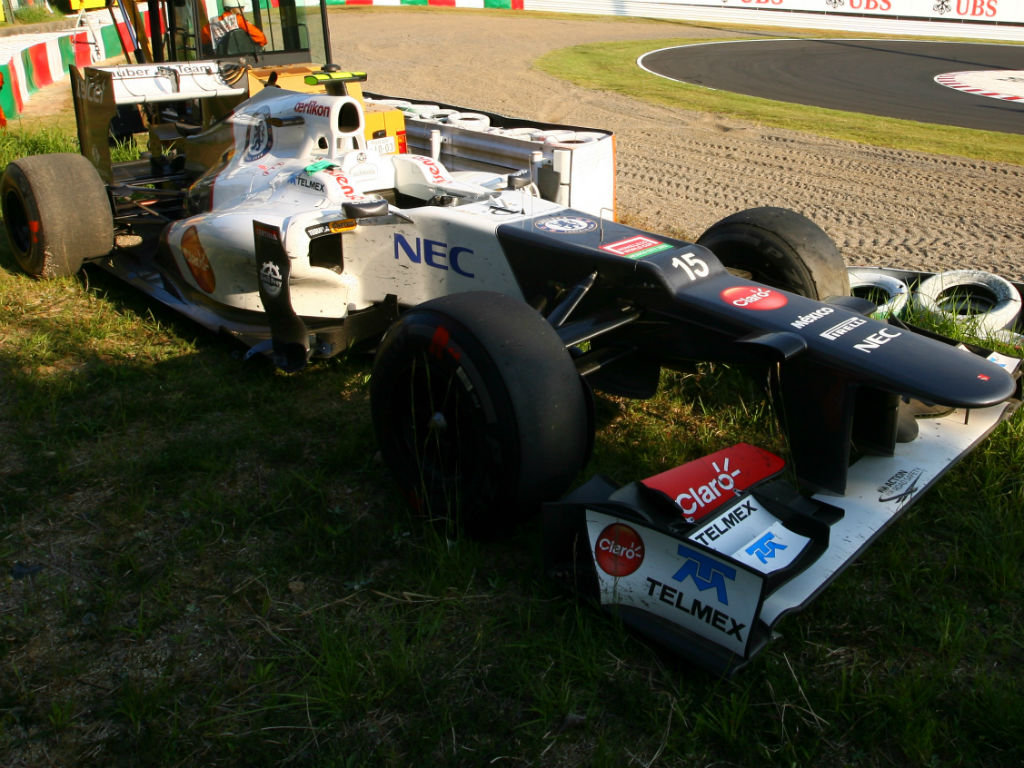 Sergio Perez is adamant he is not letting the pressure of becoming a McLaren driver get to him.

The Mexican racer, who is off to McLaren next season having signed a multi-year deal to replace Lewis Hamilton, retired from the previous race in Japan while battling the Brit.

Although Perez pulled off a great move to take a position from Hamilton earlier in the grand prix when he again found himself behind the McLaren driver, the 22-year-old spun off.

“Not really,” he said when asked if the pressure of heading to McLaren was getting to him.

“In a way I feel more relaxed because now my future is secure and I am really focused for my team.

“I am not thinking about McLaren at the moment.

“I am fully focused on this year to finish races very high and until the last lap I drive for this team, then I start at McLaren,” he said.

“I did a mistake and now I move on. It is normal for people to criticise you after you do a mistake.”