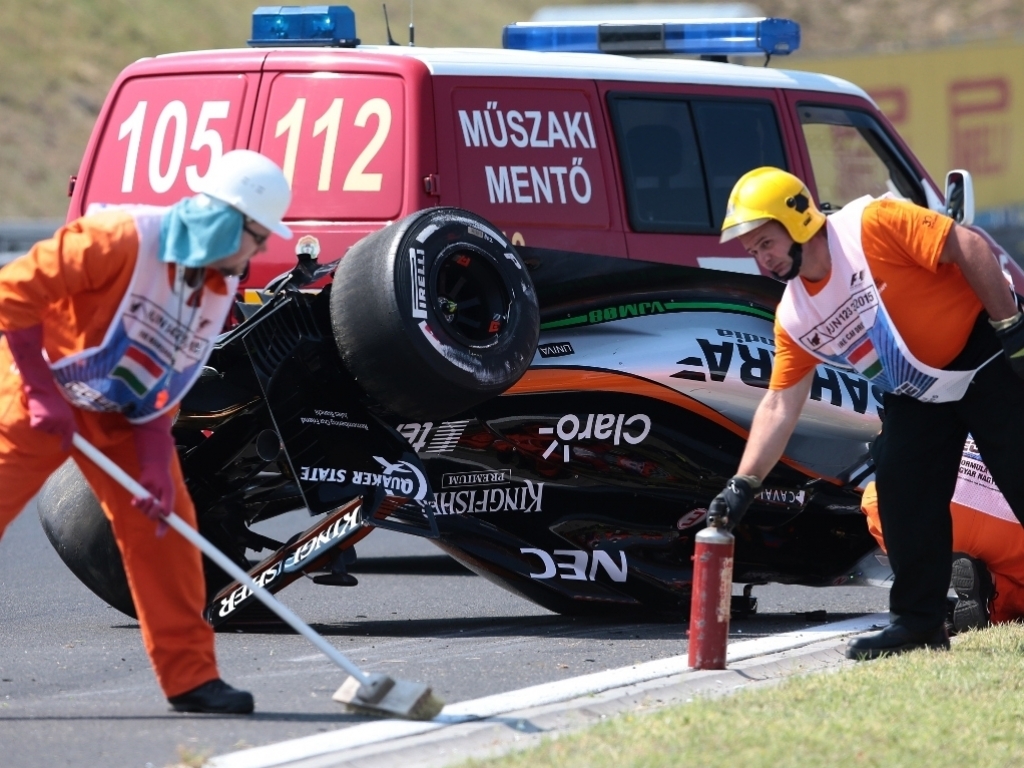 Sergio Perez says he is "okay" after suffering a dramatic crash and flip in Friday's first practice at the Hungaroring.

The Force India driver brought out the red flags on Friday morning when he crashed heavily.

Riding the kerbs at Turn 11, his car appeared to suffer a rear suspension failure that pitched him across the track where he hit the barrier.

Sliding on, the car flipped and came to a rest upside down.

Perez, thankfully, was unhurt in the crash and hopes Force India will be able to get him back out on track during the afternoon's session.

"Thanks to God everything is okay," Perez told the BBC.

"I lost the rest and went into the wall. On the Astroturf, it is very slippery.