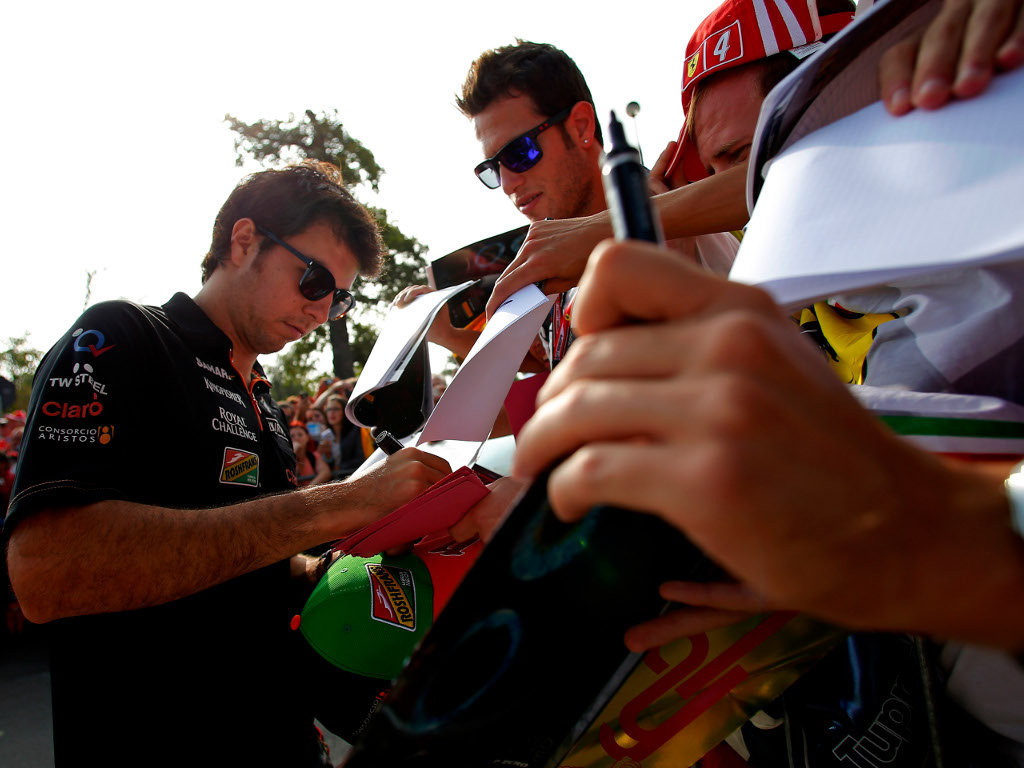 Sergio Perez enjoyed his Italian Grand Prix as he raced to seventh place and engaged in several thrilling battles.

The Force India driver was firmly in the mix at Monza on Sunday as he used the power of his Mercedes engine to make short work of some of his rivals.

Others, however, were more difficult.

The Mexican racer said: “The race was a lot of fun. We were always fighting somebody and always pushing hard.

“It was great racing and it’s good to score important points for the Championship.

“The most important part of the race was the fight I had with Jenson, which was really nice and reminded me of the old days. I know he is a driver that you can fight really hard and it’s always clean.

“At the end of the race with Kevin, I knew he had a penalty and there was no need to attack him. It meant I could focus on keeping Jenson behind me, which was not easy.”