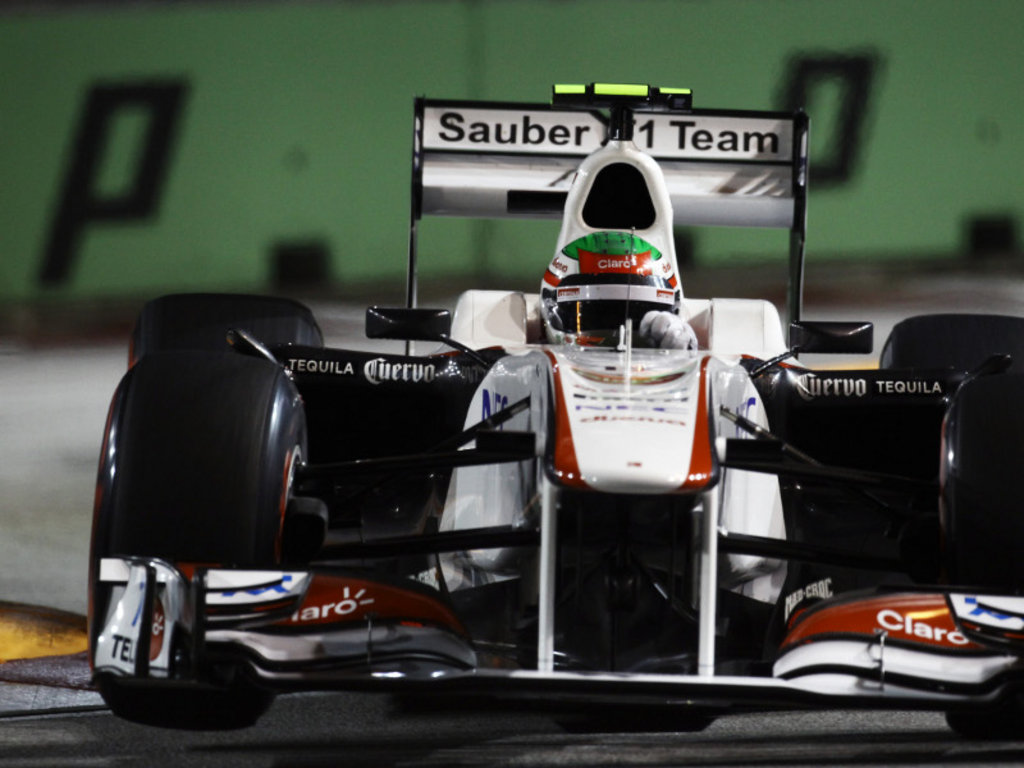 Sergio Perez has put the blame for Michael Schumacher’s accident squarely on the Merc GP driver, saying he was “too optimistic”…

Sergio Perez has put the blame for Michael Schumacher’s accident squarely on the Merc GP driver, saying he was “too optimistic.”

Fighting for position on lap 30 of the Singapore GP, Schumacher came up behind the Sauber driver but was carrying too much speed.

The German clipped the back of Perez’s car and was launched into the air, landing heavily before hitting the barriers.

Perez escaped without any severe damage, although he did get a puncture which cost him as it meant he had to do a very long final stint.

And with his tyres going away, the Mexican rookie lost ninth place to Felipe Massa on the penultimate lap.

“I think tenth was the best we could manage today. I was on a two stop strategy, starting on the supersoft tyres and changing after 15 laps to the soft compound.

“For my second stop I had to pit earlier because I had a puncture after the accident with Michael (Schumacher), and then I had to do a very long last stint – actually just a bit over half the race distance – with the second set of soft tyres.

“I think Michael was too optimistic with what he tried.

“It is a shame to have lost a place to Felipe in the end, but the tyres were finished and I couldn’t defend anymore. We will keep fighting to get back sixth place in the Championship.”