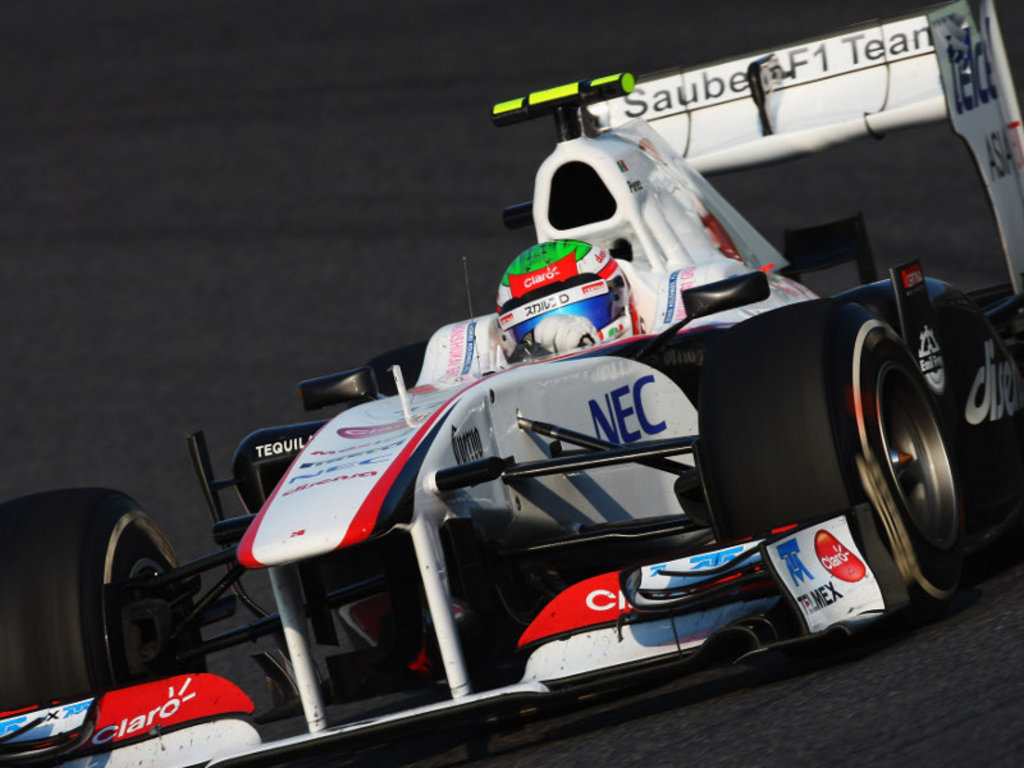 Sergio Perez battled through illness and a poor qualifying session to produce one of the strongest performances of his first F1 season in Sunday’s Japanese GP.

The 21-year-old Sauber driver, competing in just his 14th grand prix, had a disastrous Saturday when his car developed a hydraulics problem in qualifying, seeing him stranded in the pits and down in 17th on the grid.

Despite suffering from the flu, the Mexican drove superbly in Sunday’s 53-lap race, making a two-stop tyre strategy pay dividends to finish eighth in a performance described by team principal Peter Sauber as “brilliant”.

The eighth-place result was Perez’s fourth points finish of his first season, and he was quick to praise his team for making his two-stop strategy work.

Perez said: “The strategy with the tyres worked out very well for me, and the team did a very good job on this.

“I pushed very hard and gave my maximum. It was very hard for me because I am suffering from flu, so I’m totally happy that I brought the car home in a position good enough to score points.”

Perez’s team-mate, Japanese Kamui Kobayashi, endured a difficult race after a slow getaway off the start saw him stuck in 12th place on the first lap after starting from a career-best seventh for his home race.

Kobayashi was a sensation in last year’s Japanese GP, scything through the field to finish seventh, but couldn’t repeat his achievements one year later.

He said: “At the start when I released the clutch, the car suddenly was in anti-stall mode, and that was why I lost five positions straight away.

“I tried to fight other cars, but overtaking wasn’t as easy as it was here last year. It was a tricky race for me (but) I had a good qualifying here and the car’s performance in the race has definitely improved.”