Home Uncategorized Perez: We are in good shape 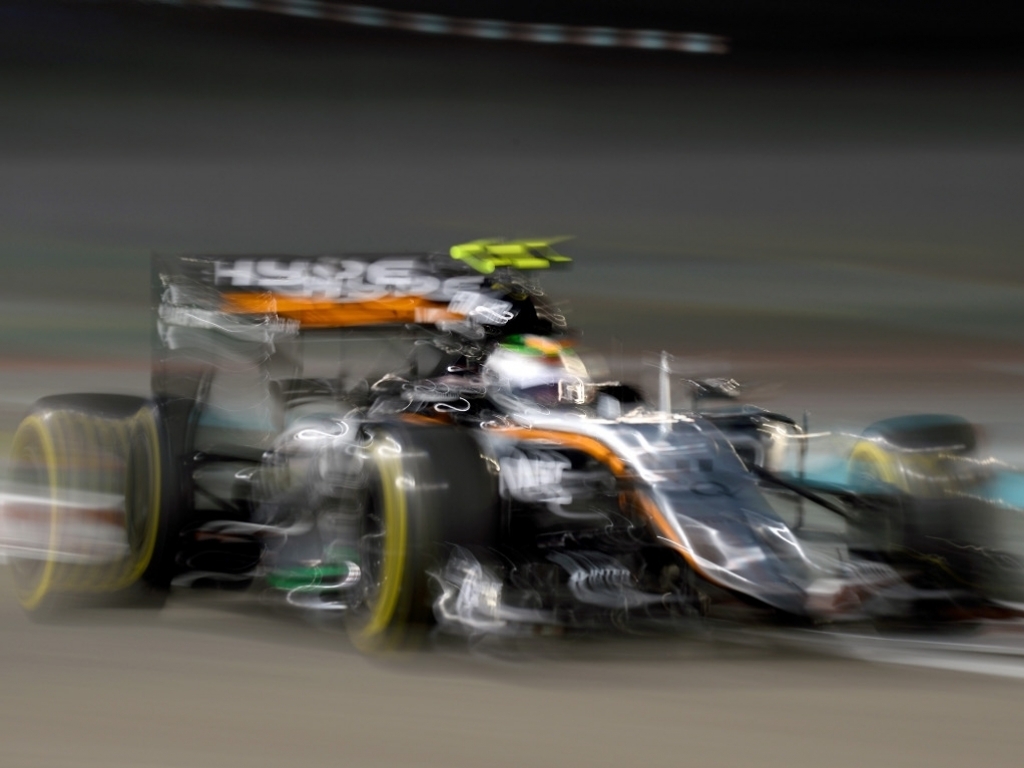 It is no surprise to see Sergio Perez is upbeat about Force India's chances ahead of qualifying in Abu Dhabi after a positive Friday.

Nico Hulkenberg was sixth fastest and Perez eighth quickest in the morning session, but the latter jumped up to third place in FP2, only 0.627s off Nico Rosberg's pace-setting time, while Hulkenberg was down in eighth.

Ferrari's Sebastian Vettel, who was P5 in second practice, admitted that Force India were "surprisingly quick", but Perez believes the Silverstone-based squad are well set for a good weekend despite his brake problems in FP2.

"Today has been a good start to our race weekend, despite the brake issue we experienced in the evening session," the  Mexican said.

"The first session is not very representative of race conditions here, because the track temperatures are much higher than you would have in the evening, so we took the opportunity to try a few test parts that will help us in the development of next year's car.

"FP2 was a very positive session: I felt comfortable in the car from the start and the changes we made worked well. Our long run programme was interrupted by the brake issue, but we have plenty of data from Nico's runs that we can analyse tonight. The baseline set-up we worked on is already quite good, so we're in good shape for tomorrow."