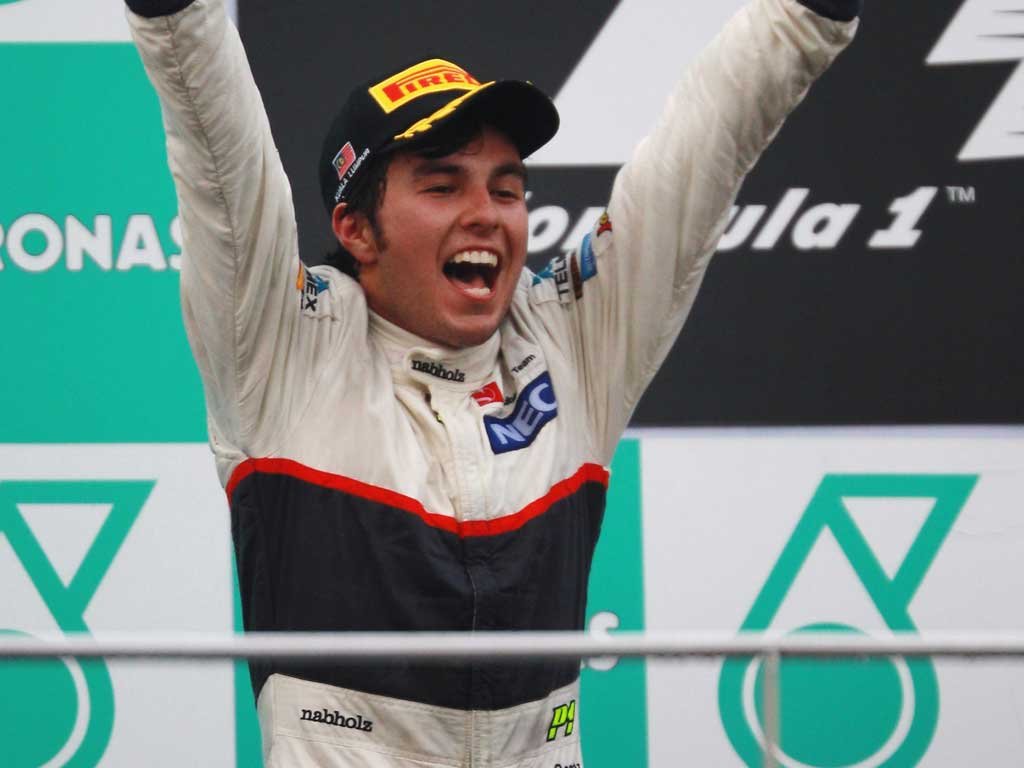 Sergio Perez to “keep improving” after the Mexican driver secured his maiden F1 podium finish at the Malaysian GP.

Perez made the most of the tricky wet conditions as he stormed into third place ahead of the rain delay. With the action underway 50 minutes later, the Sauber driver continued to impress as he climbed to second place.

From there it was a race against Fernando Alonso and the elements for the victory with Perez closing the gap to less than a second before an error cost him time and his chance of a P1 result.

But with second in the bag, his first F1 podium result, is was still a great afternoon for the 22-year-old.

“I must say it is a bit difficult to accept it because in Formula One everything happens so quickly and, although I had to leave straight after the race, I’m still not at home in Mexico and have not really celebrated yet,” he told his team’s website.

“For sure it was a great race and in a way a great feeling. But initially I was a bit disappointed because I thought maybe I could have won it, although nobody knows what in the end would have happened if I had managed to attack Fernando and whether I would have got by him or not.

“Meanwhile, of course, I realised that having come second is also a great result for us and is a perfect boost for the entire team, which is working very hard. I am happy for everybody in the Sauber F1 Team.”

Perez, though, has warned against inflated expectations, saying the team has to continue working hard and remain realistic about their chances.

“The target is to keep improving our overall performance and the car. We have to push hard and, of course, we have to stay realistic.

“Although the pace in the race was good we should not forget that this result came after a very special race in extraordinary conditions.

“Ultimately I always wanted to win races and I strongly believe my first win in Formula One will come sooner or later – in an ideal world it will happen this year.”