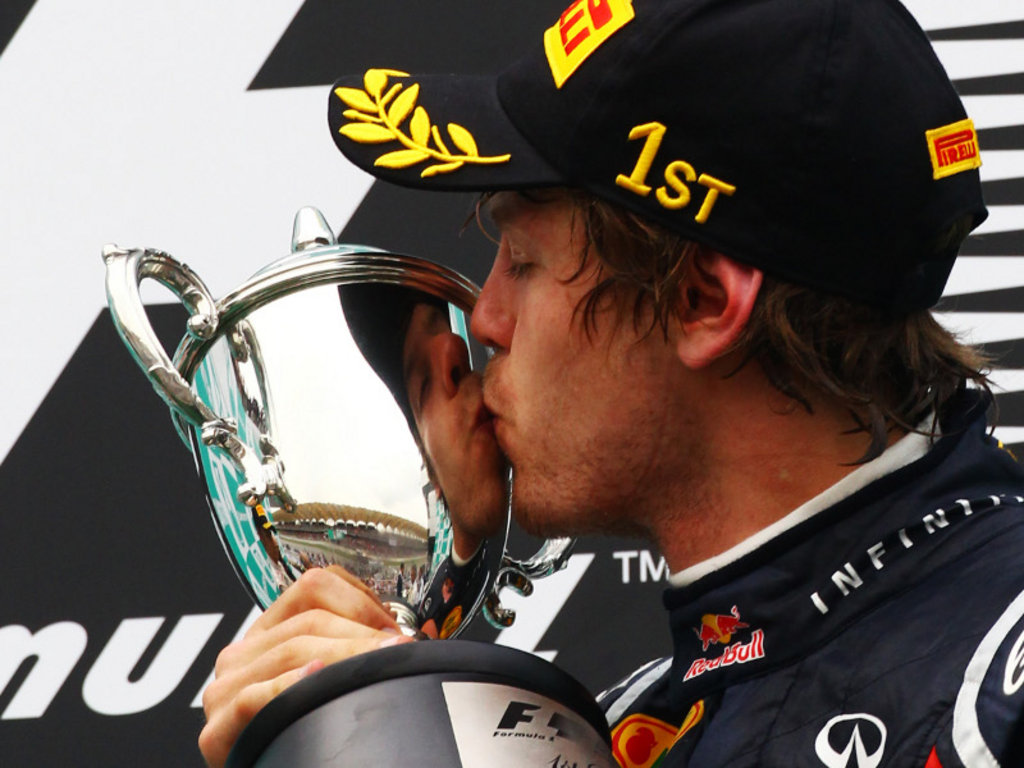 Sebastian Vettel has hailed his “perfect” start to the campaign, determined to carry his momentum through into the next race in China…

Sebastian Vettel has hailed his “perfect” start to the campaign, determined to carry his momentum through into the next race in China.

The German has bagged the four most important P1s of the season, claiming pole and the victory in Australia and following that up with another round in Malaysia.

His “perfect” start to his title defence means the 23-year-old is already 24 points ahead of his nearest rival in the race for the Drivers’ Championship.

“I think first of all, we can be happy today and enjoy and try to keep that momentum, take it into next race,” said Vettel. “Two races, two out of two. Perfect.

“It could not be any better, but there is a long, long way to go. Lots of points still to get, so we have to keep our feet on the ground.

“Things are looking good and if that is the reward then it’s no problem putting harder work in. Tomorrow China starts and we’ll see how we get on there.”

However, it wasn’t a problem-free outing for Vettel and his Red Bull team, with both RB7s encountering KERS problems during Sunday’s 56-lap Malaysian GP.

While Mark Webber lost his unit as he made his way to the grid, Vettel’s KERS gave up halfway through the race only to come back a few laps later.

But rather than worry, the German has urged his team to keep their heads as they plough on in the development race.

“Obviously it was not according to plan. Then KERS came back, so it was on and off during the race. It is something we have to work on.

“Today the start without KERS we would have been in a different position. It gave us what we needed. We had a little problem so we turned it off and then it went back on.

“Coming here, reacting the way we did, we can be proud of ourselves, we cannot stop pushing, we have seen how close it is, much closer than Australia.

“So we have to keep our heads cool. I am not worried, the guys know this is the only way forward. For today we can all enjoy and then be very proud.”