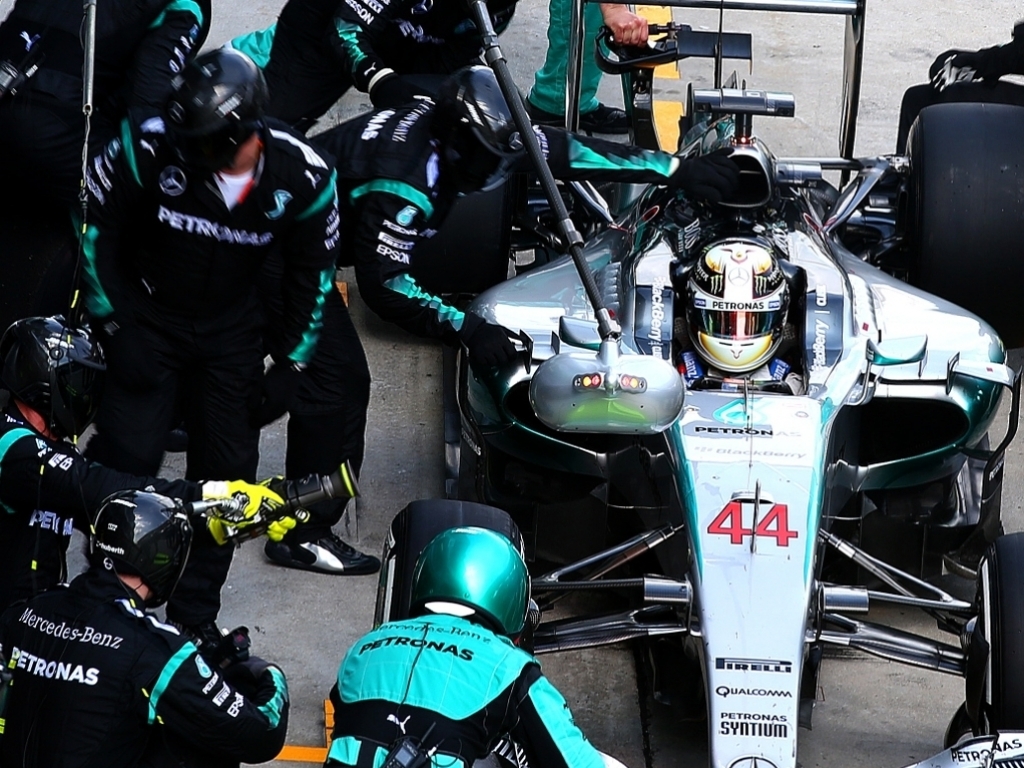 Toto Wolff has no qualms about Lewis Hamilton questioning Mercedes’ call to pit him for a second time in Mexico, a decision that dropped him back behind Nico Rosberg.

As expected Mercedes were the dominant force in Mexico on Sunday as Rosberg and Hamilton raced off into the distance.

The initial plan had been to one-stop both drivers but concerns over tyre wear meant first race leader Rosberg was brought in for a second stop and then Hamilton.

The Brit, though, did not stop when he was first told to and instead questioned Mercedes’ call.

The team informed him that the second stop was for safety as tyre wear was higher than expected.

And although Hamilton reported back that his tyres felt fine, he came in anyway.

That dropped him back behind Rosberg who went on to win the grand prix by 1.9s ahead of the triple World Champion.

Wolff says he has no problem with his drivers questioning the calls from the pitwall.

“It’s emotions and a race driver in a car,” Wolff told Motorsport.com. “He needs to question and needs to ask, it’s perfectly reasonable.

“We have the overview out there. We were down to the canvas on the option tyre [from the first stint], we had the gap, and this is why we decided to do it.”

He added: “Do I want to have a robot in the car? No. I want the best racing driver. That’s how it is.

“He questions things, and we saw that with [Sebastian] Vettel. It’s no problem as long as the team keeps the overview. No issue at all for me.”