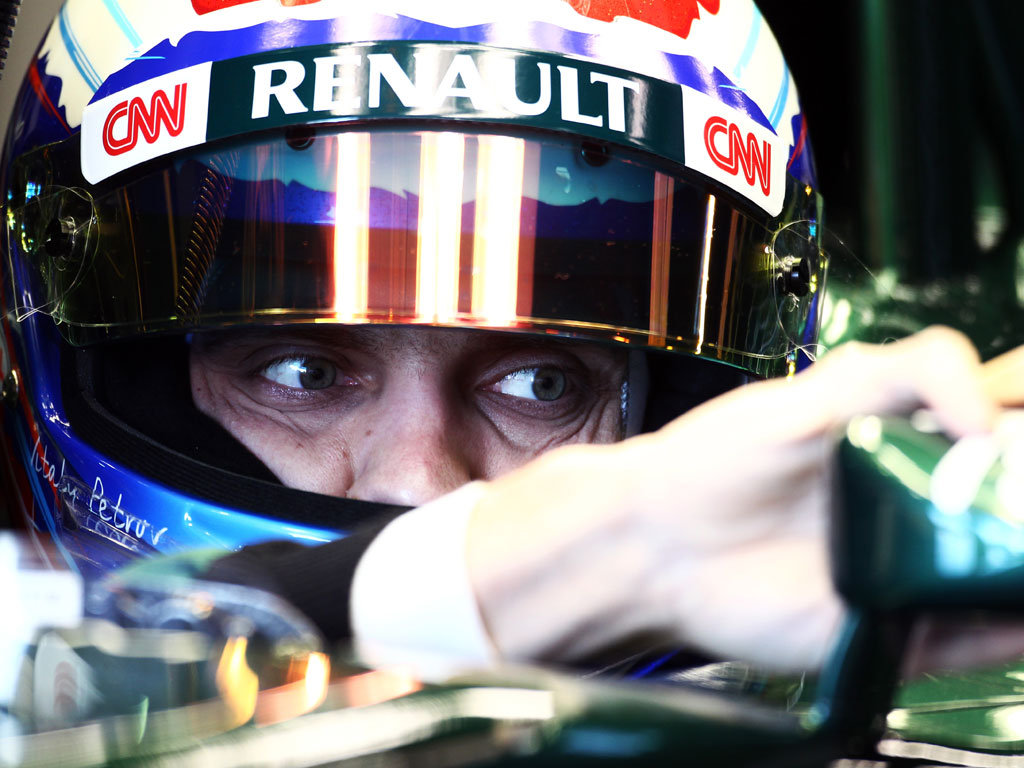 Vitaly Petrov says it is his potential to grow that persuaded Caterham to chose him over Jarno Trulli for this year’s Championship.

Despite insisting several times that Trulli’s place at the team was secure, Caterham announced last month that they had dropped the Italian in favour of Petrov.

And although many reckon the decision was based solely on Petrov’s millions in Russian sponsorship and not his talent, the Russian naturally feels otherwise.

Asked by the official F1 website why Caterham ‘chose you and not Jarno Trulli’, Petrov said: “That’s something you’d have to ask the team I think.

“I know that I have developed a lot over the last two years and my first podium last year was another big step for me.

“So I think the team knows they have someone who can grow with them and help them develop.”

Pressed as to what he brings to the table to assist Caterham in their move up the grid, he said: “There are a few obvious things, like the fact I’ve used KERS last year and I have been with a bigger team.

“I know how they work and can help see areas where Caterham can grow.”