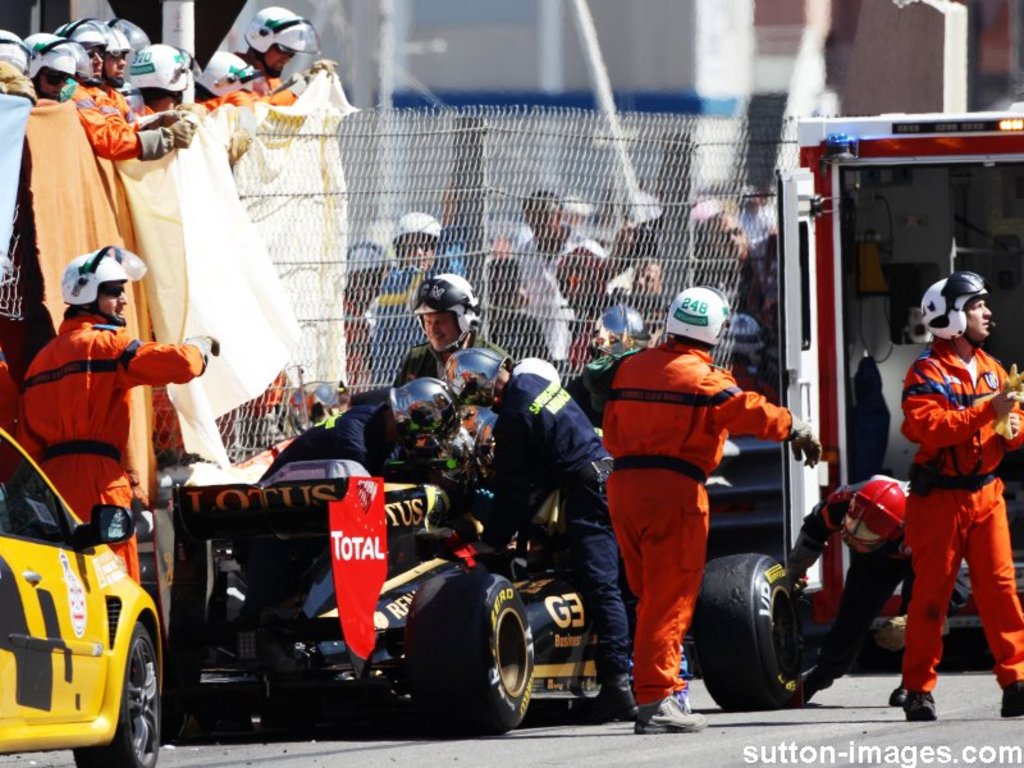 Vitaly Petrov is up and walking around following his crash in Sunday’s Monaco GP.

The Renault driver was involved in an accident just seven laps from the end of the grand prix, which resulted in him needing medical assistance to get out of his car.

Petrov was taken to hospital for scans where it was revealed that he had suffered no injuries in the crash.

However, the Russian revealed he was rather concerned at first as he could not feel his legs.

“First of all, I would like to thank all my fans for all their well wishes, the medical teams at the circuit, the hospital for their efficient and friendly assistance, and the team for their concern,” said Petrov.

“It was quite a big impact and I could not feel my legs very well after the crash.

“I thought it was best for the medical team to assist with removing me from the car as it was difficult for me to move and my legs were trapped in the cockpit.

“I did not lose consciousness but I was in quite a lot of pain when I was inside the car.”

It was a disappointing end to the weekend for Petrov, who had been on track to score points for himself and Renault.

“It is a shame, as we could have got quite a few points this weekend. I’m now looking forward to Montreal.

“We need to sort out our problems in qualifying and we will get some good results, as our race pace is usually very good.”