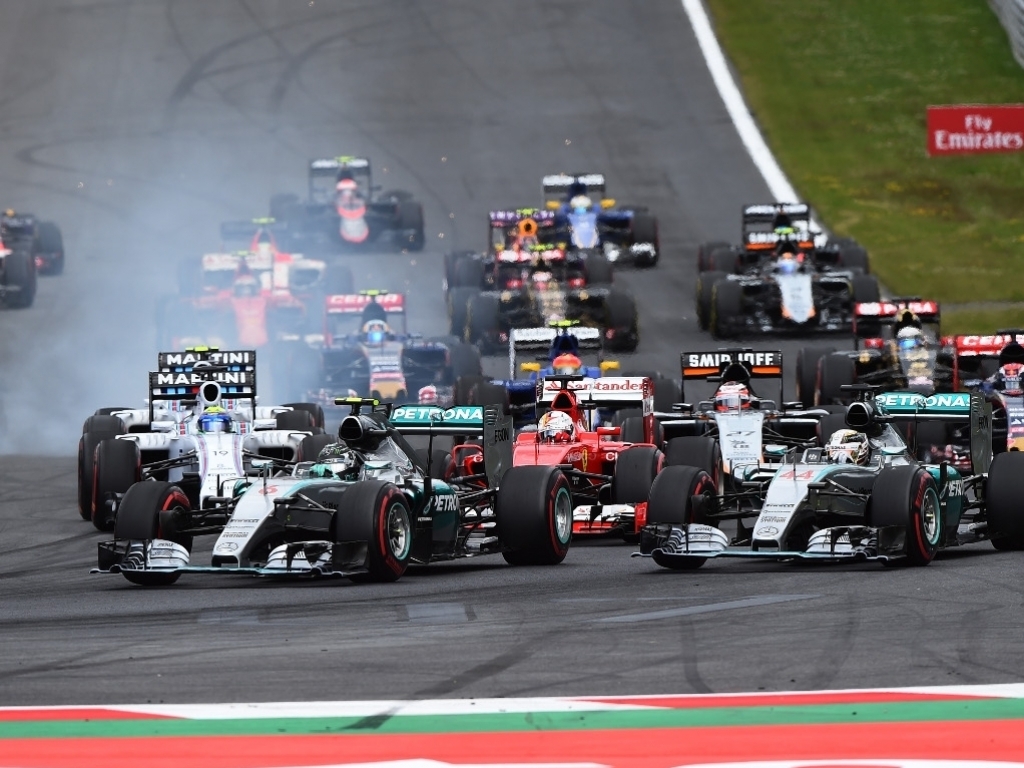 For all you need to know about the big news, the track, the tyres, the stats and standings ahead of the Austrian Grand Prix…

Silly Season Stays Silly
It is that time of the year when a good result, or even a bad one, will determine a driver’s future according to Formula 1’s rumour mill.

As such we have Nico Rosberg, Daniel Ricciardo, Sergio Perez, Carlos Sainz and Valtteri Bottas all climbing into Kimi Raikkonen’s Ferrari race-seat.

The only problem with that is that Rosberg is engaged in contract talks with Mercedes, Ricciardo has a firm Red Bull deal in place for 2017, Sainz has just been confirmed by Toro Rosso and Ferrari seem determined to give Raikkonen every chance possible to retain his drive.

Ok, so make that several problems with that.

So don’t put too much stock into silly season rumours as one race, and one whisper, doesn’t make it factual.

“You start with big braking into turn one, a 90-degree corner. It’s very important to go early on the power.

There’s then a long straight line going up to turn two where you brake very late into the corner, and there’s a change of camber. You go flat again after that to turn three. Again, tricky braking there as you’re going downhill.

Then you’ve got a double-left corner, medium- to high-speed turns. The last couple of turns are the same as you go up the hill and then down again. It can be pretty tricky, but if you get the grip under the car and a good balance, it can be a lot of fun to drive.”

Back To The Norm
Formula 1 heads back to Europe for the ninth round of the 2015 Championship, the Austrian GP at the Red Bull Ring and we are back to the standard 2pm qualifying and 2pm grand prix.

Austria Goes Purple
Pirelli’s new-for-2016 ultrasoft tyres are back in the mix at this weekend’s Austrian Grand Prix.

Formula 1 drivers have firmly embraced Pirelli’s softest compounds with Ferrari and Renault going big with nine sets for each driver.

Championship leaders Mercedes have opted for eight while newcomers Haas are on the other end of the scale with just six sets of ultras.

The softs and supersofts are the other options.

History & Stats
Nico Rosberg, the only Formula 1 driver to have won a grand prix at the Red Bull Ring, will arrive on Sunday’s grid chasing history.

Should he claim the victory, he will equal Alain Prost’s record of three Austrian GP wins.

Last season the German beat Lewis Hamilton by 8.8s with Felipe Massa third while in 2014 he was just 1.9s ahead of Hamilton as he took the chequered flag.

Williams were again third, this time with Valtteri Bottas.

Betting
With the Grand Prix heading to Austria next, make sure you check out our race and betting preview written in collaboration with our friends at Betsafe.

Championship Table
Having done the hard work to close the gap to Nico Rosberg in the standings, a scrappy qualifying and incorrect engine settings in Baku resulted in Lewis Hamilton again losing ground to his team-mate.

He trails Rosberb by 24 points, almost a full race win, while Sebastian Vettel is a further 21 off the pace.

Sergio Perez’s second podium of this season boosted him up the order to P8 where he sits on 39 points.